Commenting on the lyrics, Johan Pedersen shares the following thoughts:

“‘Water’ is about loneliness – a general feeling of being on the outside looking in which I’ve felt a lot and I think is quite common. It’s affected my relations throughout my life, which is something I feel both hit by and responsible for, which is why the lyrics on this track are a bit of an apology to those close to me – basically trying to explain where I’m coming from while realizing that it’s part of my personality which I can’t do much about.”

The band also shares some words on the new music:

“‘Water’ is massive, heavy and epic. We threw everything at this one, since we felt it was the right time to do so. There’s big choruses, breakdowns, guitarists trading solos and a huge, orchestral climax which reflects our love of film scores – it’s a lot to take in, but it makes perfect sense to us and we think it will to you, too.”

Cold Night For Alligators also recently announced their signing to Arising Empire, for their forthcoming third full length album due 2022. 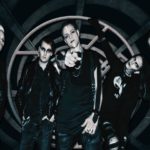 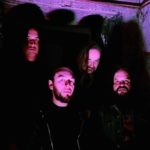