Control. We all seek it. We all want it. But can we always grasp it? This is all at issue in Chad Post’s brand new single “If I Was God,” from his next studio album, Divine, due out on June 9th. With soaring melodies and rich, distinctive electronic soundscapes, the singer and songwriter is truly in his element on this latest track.

The song deals with the distressing, agonizing realization that we mostly all eventually come to; that we have no control over love and the emotions associated with it. As Post puts it, you could literally be God, and even God himself could perhaps face rejection. It’s a difficult lesson to learn, but it’s a necessary one that you have no choice but to face up to. Looks, intelligence, wealth, status; in the end, it may not matter one bit because it’s all so sorrowfully out of your control.

Discussing the song and offering us a teaser of what to expect on the new record, Post tells us:

“When you are so attached to the person you can’t see another way out, it is so suffocating. Later on when you can step away from that, which I did in the second half of 2021, I came to the realization that there is literally nothing you can do if someone doesn’t want you. The sooner you realize that the better, but of course it’s hard. That is what ‘If I Was God’ sounds like and represents… Coming to the conclusion that even if you were GOD, nothing would change.

“The record is dark and mysterious and brooding, but takes you into a pop chop fun chorus which can be extremely liberating. My favourite part of the song though is the post-chorus; I love the sing-songy vibe before getting back into the dark meat of the verses.”

Since his first single “Unlovable” was released in 2018, Post has been on a songwriting tear. Based in New York City, he has been referred to as the “Prince of Pop Poetry” and a “pop juggernaut” by several publications and has been lauded for his innovative approach to electronic dance-pop that is quite incomparable.

The release of “Unlovable” was followed by his alternative pop debut EP The Gilded Age, and then his first full-length Delusions of Grandeur in January 2020. Exploring themes of self-discovery, love found, and love lost, the album introduced listeners to Post’s inventive dark, moody approach. Last June, he unveiled his sophomore follow-up KINGDOM + EXILE which further diversified his sound.

Post’s upcoming album will be part three of a trilogy of records that, when experienced sequentially, tell an overall story that’s linked together. There are a lot of pop artists, but there are few that have the poise and dignity that Post brings to the table. 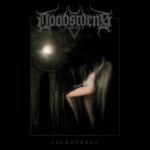 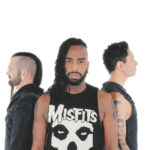