About two years ago, Bloodywood started to go viral with their music video for “Machi Bhasad” with word of mouth quickly spreading about a band from India mixing metal, rock, rap and traditional Indian folk music into a concoction that was something to behold. Alas, following this, the group went dark with few knowing about any live shows that may be taking place. Consequently, they fell into obscurity following an explosion of popularity with just one track.

It’s easy to see why this happened, though, given the two-plus-year gap of this one explosive track coupled with a pandemic that brought the world to a standstill. Now the Bombay natives are back and have unleashed their debut album, Rakshak, and what a debut it is! The combination of the aforementioned genres is a breath of fresh air that the world of rock only seems to achieve a few times a generation. In the early ’90s we had the likes of Fear Factory, Korn, Machine Head and Pantera (to name a few) adding something new to the scene with a new breed of metal and, now, Bloodywood is joining the likes of The Hu in bringing the sounds of traditional music from their respective native countries to western audiences who are, for the most part, not accustomed to such sounds.

“Gaddaar” gets the record off to a bang opening with a delicate yet heavy drum beat accompanied by an Indian chant before an impressively incorporated Indian percussion joins the mix. The track just gets heavier from here as dual vocalists Jayant Bhadula and Rahul Kerr bounce between Bhadula’s metal roar and Kerr’s more rap-ordinated vocals.

So much is layered into this opening track it’s hard to imagine that they can do better, but better they do as “Aaj” takes a lighter approach with yet more Indian percussion plus a traditional flute melody before the track kicks into an almost techno beat and Kerr’s deep vocal rapping. The tune bounces effortlessly between heavy, techno and rap with both vocalists alternating between English and Indian. Behind all of this is the previously mentioned flute melody guitar riffs courtesy of the group’s music maestro, Karan.

It would do the group a disservice not to comment on the song that brought them major recognition all those years back. “Machi Bhasad” will no doubt go down as the song that put the band on the map. All the incredible elements of the band’s sound are present with a catchy beat of the combined genres, the fast-paced vocals once again mixing together different languages and the two frontmen’s styles complimenting each other to perfection.

All the tracks have their own uniqueness to them, but it is “Yaad” that stands out from the crowd with Katiyar shining; his ability to tie together Indian folk music with an almost ’80s ballad love song is impressive. The flute melodies and guitar riffs are just chefs’ kiss and flawless. Both vocalists really demonstrate their softer side and, whilst the track has its heavier moments, it’s the song’s uplifting tone that makes it such a masterpiece.

With all this said, there is one glaring fault with Rakshak and it is a big one. The problem is that the record has an end! Honesty, I have loved every note, every beat, and every lyric of every song of this incredible record. Bloodywood made their presence known in 2018, but in 2022 they cemented themselves as one of a select number of bands that possess a glorious debut recording. These guys deserve to be massive and I will be shocked if they keep up this standard and don’t break into the big leagues soon. It’s still early in the year, but this is a strong contender for my personal album of the year. 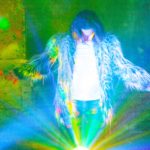