You have to wonder what it was like trying to write an album like Abhoria, the self-titled debut from dystopian black metal outfit Abhoria, during a pandemic. On the one hand, trying to get the collective juices flowing while writing in three different locations must have really sucked but, on the other hand, the last two years have clearly provided the collective minds of Abhoria with a wealth of inspiration for their bleak, hate-fuelled sound.

A harrowing listen from a band who cite the likes of Emperor, Immortal and Enslaved amongst their inspirations, immerse yourself into the likes of the unrelenting “Mountebank” where the black metal troop hammer through their feral sound, and you can see how Abhoria have expertly woven those inspirations into this bleak affair. Primarily a savage assault of ’90s-inspired blackened fury, Abhoria doesn’t just rely on jackhammer fury to hold your attention. Take “Unevangelized,” a track that is not only driven by machine-gun drumming and unwavering fury but also shows the other side to Abhoria as they intersperse the blackened rage with passages of haunting vocals and well-placed melodies.

Unwavering in its onslaught, Abhoria takes its lead from the savagery of the ’90s-drenched black metal scene. Tracks like “The Thorn” and “Hollow” take the fury of Emperor at their most brutal and lead it into battle against the cold-hearted buzzsaw rage of Immortal. Then, just when you think Abhoria has reached their peak, they wrap up this self-titled debut with the truly epic “Sunless,” a dramatic, atmospheric, seven-minute slice of morose bleakness.

Now, while Abhoria and their dystopian, black-hearted poetry don’t particularly offer the genre anything new, it would be unfair to use that to criticize the album. If you’re interested enough in black metal to want to hear a band putting their own dark, atmospheric slant on a familiar formula, Abhoria is a fine example that will certainly tick those boxes while still offering plenty to keep true diehard fans of the genre interested. 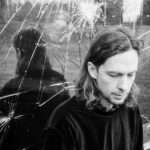 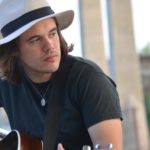