Telltale have unveiled their latest single and music video via Rude Records. The track is titled “COBAIN” and features LA-based artist Honey Revenge.

Commenting on the tune, the group states:

“There’s a line out the door of artists trying to cut their teeth, trying to be the next ‘great.’ You can make a goal of signing a deal or touring the world, but at the end of the day, it’s all about hustle. The party lifestyle is going to try and sweep you up and people aren’t always going to give a shit about what you’re trying to do. So keep your nose clean and grind. Nirvana may have been an overnight success, but this isn’t the 90s anymore.

“There are a lot of kids out there who will never see their dreams and talents recognized because of circumstances. I read somewhere that making a living on music is 10% skill and the other 90% luck. If you consider the kind of ‘luck’ afforded to young people living without a home, the odds of them getting to chase dreams the way we do as a band are cut by a lot. The music industry likes to romanticize this story of ‘the come-up,’ where an artist makes great music because they’ve lived through hardship. It doesn’t have to be like that; no one should have to not know where they’re going to sleep tonight.” 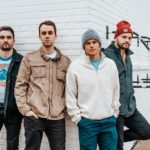 Hear The Upsides’ Latest Single Before the “Gold Rush” [Premiere] 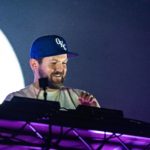