When you press play on Destroy Yourself, the new album from the musical molotov cocktail that is PENGSHUi, they “want your chest to fucking rattle.” Judging by the way track two, the explosive “Eat The Rich,” unleashes a flurry of kicks to your head, there’s no worry about Destroy Yourself achieving its aim.

But what else can you expect when a heavy metal kid who grew up in Dubai meets a guitarist who studied jazz in Leeds with the pair joining forces with an MC who grew up on a West London council estate weened on a diet of reggae by his Jamaican grandfather? Write that down on paper and it should be musical carnage. Listen to the trio rage through “Ain’t No Love,” a sonic assault of grime, rap, metal and punk, and it all just clicks together into one of the most exciting, unpredictable collections of songs unleashed from the streets of Britain in a long time.

From Illaman’s spoken-word street poetry spat out over a bed of distorted guitars on “Move The World,” to the snotty punk stomp of “This Is My Youth,” Destroy Yourself is an honest, unapologetic fuck-you of an album. Packed to bursting with aggression and attitude, the flipside is that these tales from the street are built on a backbone of hooks that sink into your head and don’t let go. “Ursa Minor” is the perfect example of this as the trio smashes out a hypnotic slice of street rock at a frenetic pace, displaying terrifying levels of aggression.

Progressing through this musical onslaught, it becomes very clear that you’re not likely to hear a more unpredictable album all year. If they’re not spitting and snapping like a rabid dog, the three-piece are giving you the sort of kicking usually dished out by Millwall fans to unsuspecting away fans who stray into the wrong part of town. Now, while Destroy Yourself sounds exactly how an album born out of life on the streets of a West London council estate should sound, through the darkness and brutal experiences that have inspired these songs, PENGSHUi demonstrates the kind of fight to show how anyone can make it through whatever shit life throws in your face.

Coming at you out of the darkness all guns blazing, the three friends have shown themselves to be just the sort of unwavering, unpredictable, honest group of people you would want on your side right now and, armed with the stunning Destroy Yourself, you can confidently head into the battle of daily life with the perfect soundtrack for you to take on the world. 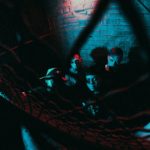 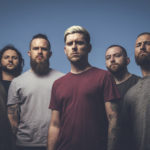