“lately i been” is a vibey, introspective reflection for mental health challenges and feeling directionless in life.

Houston-based pop artist tonnhi is expanding his musical landscape with his upcoming lofi R&B single, “lately i been,” out now. Paired with the sparkling vocals of indie (R&B) artist Jolise, the single describes the hardships and circumstances that prevent one from moving forward. The two singers touch on feelings of isolation and struggles with mental health. “Songs like this are important, especially as society works to create an open space to discuss mental health issues,” says Jolise.

Working together came naturally for the two during quarantine, says tonnhi. “Funny enough, I had a vocal melody idea already made for the second verse for Jolise to write lyrics over, but she completely made her own thing, and I’m so glad she did, because she brought this song to a whole new level. She killed it!” Reminiscent of pop artists like H.E.R. and Joji, “lately i been” casually dives into the raw, honest message of owning your struggles. Fans of all ages can relate to this single as society combats the trials presented by the pandemic alongside the growing pains of simply being human. The introspective track features lo-fi soundscapes paired with a strong R&B/pop core, which is the perfect delivery for such an engaging message.

Houston-born singer-songwriter and producer “tonnhi” has been creating music since early 2020. His music tends to fall under the indie/alternative umbrella, but he often dives into the hip hop, R&B, pop and soundtrack genres as well. Tonnhi started his musical journey at the age of 6 when he picked up the violin. After mainly playing in orchestras throughout his childhood, he eventually took on performing across Houston as a solo freestyle violinist, where he learned what his personal music style is. Some major influences of his include Jon Bellion, Twenty One Pilots, Childish Gambino, and Studio Ghibli composer Joe Hisaishi. These influences, along with his orchestral background give tonnhi a unique take on songwriting and production, often creating a cheeky yet enchanting vibe with his music. 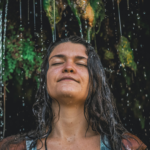 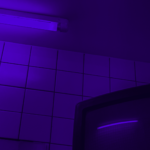