Indie rock trio Crossroad Crooks delivers an emotional commentary on negative cyclical patterns in their legendary debut single, “In Waiting,” out January 27th. Mike Davis-Penta (vocals, drums), Jedd Chlebowski (bass), and John Leonard (guitar) come together with electric performances on this hard-hitting, melodic rock song; being the band’s introduction to the music community, “In Waiting” is a chance for them to show fans what they’re made of.

The first strum of Leonard’s guitar immediately draws listeners in before Davis-Penta’s powerhouse vocals leave listeners in awe with his charismatic delivery. The song’s riff-rock intro leads into an array of stacked guitar and bass work from unison, progressive riffs, to powerful open chords that allow buttery vocal harmonies to soar with an epic passion. Rock lovers from everywhere are bound to find themselves head-banging by the first chorus; expect to hear influence from artists like Soundgarden, Alter Bridge, and Black Sabbath.

This song captures the awareness of and taking responsibility for making choices that yield more harm than good. Throughout “In Waiting,” the character at hand acknowledges the pain caused by the negative cyclical behaviour they are struggling with; when Davis-Penta sings, “I lie in the bed I make,” he is speaking to the acceptance of being emotionally attached to a bad situation despite having the logic to know otherwise.

For the singer and drummer, “This song is an in-your-face acknowledgment of feeding a fire and enablement.” He says, “the lyrical themes of cyclical living combined with massive, melodic guitars and dark instrumentation make ‘In Waiting’ one of our favorites on the album.” 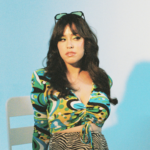 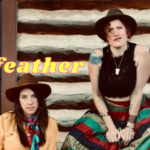