New Jersey metalcore band Born A New is ready to take over in 2022! With the release of their explosive new single “Rat in the Room” and a newly announced U.S. and UK/European tour, the band is more than ready to get crowds moving while displaying their unique take on metal.

The group knows it takes a lot to get momentum and, as such, we sat down with the guys to talk about a slew of other upcoming acts that def. should also be getting your attention. This is Born A New’s Top 10 list of bands they think you should be listening to right now!

“This band right here has caught our attention a lot during the pandemic. They released their latest album Alias through UNFD and it has absolutely blown us away. Their strong lyrical content mixed with a very mature songwriting style and beautiful ambient guitar work throughout the album is what will get these dudes far in the industry. We have yet to, but would love to rip some gigs with these boys in the future.”

“We’ve known these dudes for only a couple of years. They opened up for the Bodysnatcher headliner tour date in Denver in early 2020 and since then their name has not been forgotten. This band has a lot of unique aspects to bring to the table by meshing those in your face hardcore riffs mixed with a unique hip-hop vocal delivery style. They are all the kindest dudes who do a lot for their local music scene and deserve your attention.”

“We’ve known GW since 2016. We played a show with them at Cloud Springs Deli in Georgia and from that day on we kept in touch. We’ve played a couple of shows with them and seen them a few times in our area. Our drummer actually used to book for them as well. Seeing their growth, while maintaining their unique one-of-a-kind sound, and getting picked up by 333WRECKORDS, GW is an upcoming band everyone needs to know of. Nicest dudes ever too.”

“We have not played any shows with these boys yet, but we have hung out with them a few times when our paths cross on tours/shows etc. Talk about growth, LTS is really coming for everyone. You expect to see their name a lot in 2022. They are also the biggest, tallest, nicest dudes as well.”

“Man… We met these dudes back in 2018 for their headliner. We always knew of the band and always wanted to gig with them, so when we first met, we clicked instantly. Fast forward to present time and we’ve toured with them two or three times and have so many memories with these boys. Keep your eyes peeled, new music from them soon, maybe even some tour announcements. Family forever.”

“These guys are some of our best friends. Both of our bands come from the same scene in New Jersey and we’ve been playing shows with those dudes since the beginning. They are currently on Sharptone Records and their new album Collapse by Design is available now. It’s just crazy to see how both our bands have grown over the years, they are also just insanely talented musicians.”

“We have toured with these guys twice, one being their first tour ever and the other being our most recent co-headliner. This band shares the same energy as us, the same passion as us. VCTMS was DIY for a while, just like Born A New and we’ve always respected them for their grind/hustle. They are a band doing everything right. Touring, selling a ridiculous amount of merch, releasing music very frequently, they just do it right.”

“These boys are also some of our closest friends we’ve made over the years of touring. We’ve done U.S. and Canadian tours with them and at this point, they feel like brothers to us. We share many special memories that we will never forget with these guys and we are very thankful for their friendship.”

“We never toured with this band, but we love their newest record Fragments of a Bitter Memory available now via Sharptone Records. They have a very nostalgic sound to them and we think that’s why we find ourselves listening to them. We would love to play shows with them at some point if our paths ever cross.”

“We knew some of their members from other bands (Bruise, Frost Koffin) and their debut record is currently out now via 1126 Records. The record rips, they sound tight live, and they are high energy. We haven’t toured or played shows with them yet but would love to in the near future. Definitely see these guys making big moves.” 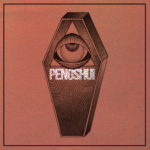