At the House of Blues Chicago on December 1st, Provo, Utah rock band The Aces brought their “Under My Influence” tour and created a safe space for the queer community. The tour promoting their 2020 sophomore album Under My Influence was postponed due to COVID-19 until this fall when they also released a deluxe version of the album with five additional tracks.

The bad-ass all-female lineup began with Nashville duo Sawyer, who promptly brought the energy on stage and received it right back from the crowd. The duo is comprised of Kel Taylor and Emma Harvey, and the two played a mix of original songs including “Emotional Girls” and “Taste,” a song about missing kissing during quarantine; as well as a cover of “Over My Head” which they described as “the only song that described their teenage angst.” The duo looked like best friends who forgot they were in front of an audience, as they took the time to laugh and smile with each other during each song – even performing a semi-choreographed dance routine.

The energy brought by Sawyer extended into Toronto rock band The Beaches’ set. Consisting of Jordan Miller, Kylie Miller, Leandra Earl, and Eliza Enman-McDaniel, The Beaches are born performers. I immediately became a fan as they played their first song “Desdemona.” Best described as glam rock, The Beaches brought both “glam” and “rock” as they performed “T Shirt,” “Kinkade,” and “Blow Up” in their glittering attire. Closing out their set with fan-favourites “Money” and “Late Show,” I looked around the room and saw all eyes transfixed on the quartet until the last note.

After a short wait, the headliners of the night took the stage. Made up of guitarist Katie Henderson, bassist McKenna Petty, and sisters Alisa Ramirez on drums and Cristal Ramirez on vocals, The Aces have an almost cult following with a hugely passionate fanbase. A fan base born out of not just the talent of The Aces, but of the fact that they create a safe space for their fans to be themselves, if only for the night. As lead singer Cristal Ramirez told the crowd, “When you’re at an Aces show, you’re free to be who you want to be, love who you want to love.”

The Aces set consisted largely of songs off Under My Influence, with resonating words about love, religion, and sexuality. No longer allowing themselves to be silenced, the band claimed their identities as queer women on the record, and thus created a soundtrack to fans lives, evident in the amount of Pride Flags waved in the crowd. 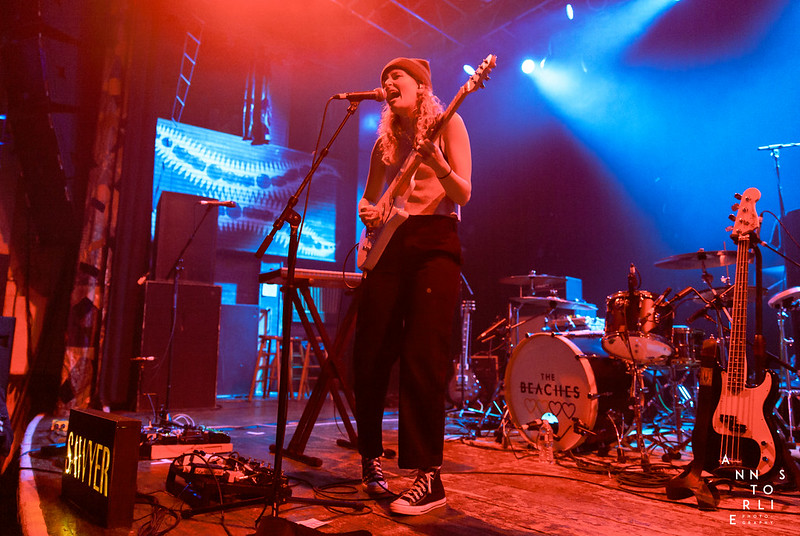 Owning their identities with confidence, The Aces took command of the stage as they opened with “Can You Do,” a track with a dance beat that immediately made the floor begin to bounce as the crowd jumped up and down.

Donning a button-down shirt and leather jacket with slicked-back hair, Cristal was dressed the part of a rock band frontwoman, as she belted the words to “Stay,” “Don’t Freak,” and “Kelly” before thanking the crowd for giving them a home.

They continued to perform songs off Under My Influence, including “Lost Angeles,” crowd favourite “I Can Break Your Heart Too,” and “801,” a song about growing up in a repressive town and trying to find yourself.

The Aces hour and a half set ended with their wildly popular tune “Daydream” as well as “Waiting for You” and “Stuck” from their debut album.

See The Aces on the remaining dates of their Under My Influence tour: 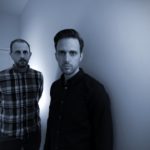 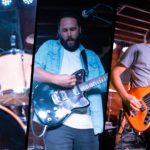