There’s punk rock, and then there’s punk rock. The first is of the modern variety, typified by what you hear on the radio and the mainstays of what was the Vans Warped Tour. Certainly nothing wrong with any of it, but it doesn’t quite hit the spot like the second type of punk rock, the classic kind that’s raw, rough, and completely unrestrained.

Welcome to the world of Dayglo Abortions, the Canadian punk legends, a force in the genre for over 40 years now. Keeping that authenticity alive, the band has just released “what_s for Breakfast,” the latest single off their upcoming album, Hate Speech. One of ten brand new tracks, the song is everything you love about classic punk; the crunchy guitars, the unhinged lyrics, and the maniacal howls of lead singer Murray “The Cretin” Acton.

With a comment on “what_s for Breakfast,” Acton put it as only he could, stating:

“This is about the trap a parent gets into when their child gets addicted to opioids. Do you let your kid suffer, or do you buy them some junk. It is a much harder choice than you might imagine.”

Originally formed in Victoria, British Columbia in 1979, Dayglo Abortions have become an institution of sorts within the Canadian punk and hardcore community. While the band was always known for their no-nonsense attitude and complete disregard of societal norms, they have become somewhat more political on their more recent albums, beginning with 2004’s Holy Shiite. As an album title, Hate Speech obviously implies some heavy political and social connotations, and that’s certainly some of what you get through the record’s ten tracks. The album opener, “White People,” plunges right into the complications and sensitivities surrounding modern race relations. It’s all done with that trademark pissed-off restlessness of which only this quartet is capable.

In this age of political correctness and anxiety over just about everything, it’s nice to rely on the tried, tested, and true rage and displeasure that is Dayglo Abortions. 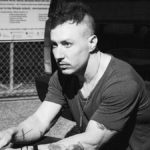 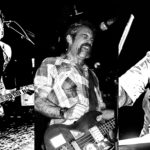