Returning in July 2022, Kendal Calling, held in the wonderful surroundings of Lowther Deer Park, has announced the first batch of bands including the headliners.

“It’s a marvellous medley of our favourite musicians and we’re so very excited to share them with you. We promise it’s going to be a memorable one, from amazing headliners such as The Streets and Stereophonics, to amazing live favourites such as The Wombats, Tom Grennan, Amy Macdonald and Gabrielle to name but a few.

“There’s truly something for everyone at Kendal Calling next year, and we can’t wait to be together finally once again!”

Headlining a line-up that includes Tom Grennan, The Wombats and more, organisers have confirmed that Welsh rockers Stereophonics will be returning to Lowther Deer Park in July 2022 to headline Kendal Calling.

Speaking about their headline slot at Kendal Calling 2022, Stereophonics said:

“We played Kendall Calling in 2017. It’s a great festival on a beautiful site with a fantastic crowd. We really enjoyed playing it back then and we can’t wait to headline the Saturday night next summer. See you there!”

The Welsh band will be joined by three days of top acts across multiple stages with organisers promising “something for everyone.”

With many more acts to be announced, Kendal Calling looks like it is set to return with a bang in July 2022 and you can get tickets from here. 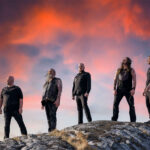 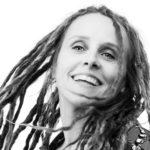