If you’re looking for help in blowing off some steam, the dudes in Scattered Hamlet may be able to lend a hand. The rowdy Southern rockers are ready to drop a doozie on us with their brand new album, Stereo Overthrow, and, to offer a sampling of what’s to come, they have released the lyric video for the single “Lowdown.”

The “Lowdown” video features lots of classic clips of some old-school chaos, with cars swerving off country roads, bikers getting faces full of dirt, and some old-fashioned fisticuffs. With wailing guitars, thunderous riffs, and plenty of gruff howls from lead singer Adam Joad, this is the definition of a barnburner.

Describing the song and why it ended up sounding like it does, guitarist Sean Shepperd told us,

“‘Lowdown’ sounds like a high speed car chase on a back country road. Mostly because we recorded it drunk on bourbon in the back of a box truck barreling down Pine Swamp Rd with no driver… in one take. Sounds pretty incredible, we know. But it’s just another day in the life for Scattered Hamlet.”

Combining a southern flair with an affinity for Americana, Motörhead-like riffs, and a punk rock attitude, Scattered Hamlet has been at it now for just over a decade, when Joad decided to form a band. In that time, they have become a mainstay all over America, thanks to a relentless touring schedule, and a widespread appeal born from their no-nonsense, blue-collar work ethic.

Stereo Overthrow is everything a fan of Southern-influenced hard rock could want in an album. In the writing and recording process, the members took a completely uninhibited approach, basically raising a huge middle finger in the air to the events of the last 18 months, but also the music industry in general and its propensity for trying to mould every artist into a specific format.

The riffs are a flyin’ throughout the album’s ten tracks, and the band shows no fear in altering their songwriting style from song to song. “Death or Dishonor” is a more aggressive track that could be the soundtrack to a barroom brawl, while “Low Class Blues” is more of an intense, upbeat blues rocker. What is the case throughout the entire record is the unapologetic attitude that Joad and his associates bring to the table.

If you’re feeling pissed off, well look no further than to Scattered Hamlet to be your outlet! 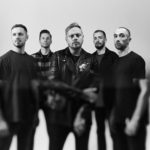 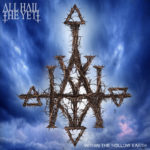 All Hail The Yeti – ‘Within The Hollow Earth’ [EP] [Album Review]