Critically acclaimed Swedish artist Andreas Moe welcomes the release of his highly anticipated self-made album, All Our Worries Are Poems, out now. Inspired by the isolation brought on by the pandemic, Moe was called to explore his recording and production abilities with this project. The singer-songwriter teased this album release with a stripped-back, acoustic version of his iconic feature on Avicii’s single “Fade Into Darkness,” released October 8. Moe paid homage to a pivotal moment in his career while translating an already amazing piece to exist in the world he created for All Our Worries Are Poems. This project, as a whole, marked an unexpected accomplishment for the renowned songwriter in which he successfully established himself as a producer, alongside his unshakeable ability for composition and performance.

Pristine keys and bright acoustic guitar caress Moe’s signature soothing vocals with textured, colourful harmony throughout the album. Despite a consistent acoustic element behind the songs on All Our Worries Are Poems, each track brings a unique shade of Moe’s artistry to the table. The core track of this project, “Black Clouds,” tells a heartbreaking story of devastating loss embellished with heavy-hearted piano steeped in melancholy. The masterful piano arrangement on this track leads listeners through an emotional journey to a cinematic climax that echoes through their minds long after ending. Other highlights include the invigorating summer single, “You To Me,” and the tender declaration of friendship on “Hey Lulu.” Stream All Our Worries Are Poems wherever you listen to music out now.

Moe boasts half a million Spotify listeners with several of his singles charting over 10 million streams. Moe’s discography includes multiple chart-topping EPs (UK singer/songwriter charts) and several collaborations including a featured vocalist spot on Avicii’s single “Fade Into Darkness”. As a songwriter, Moe’s songwriting credits can be found on the Platinum-selling albums of international artists such as Cheat Codes, Sabrina Carpenter, Tiesto, Tinie Tempah, Omi, Boyzone. His songs have been featured on American Idol, with 3 finalists choosing to sing his tracks on the show, the latest winning single on The Voice of USA December 2020 is a song called “Up From Here” written by Andreas, and Universal Pictures featured 4 of his tracks in their 2012 film The Knot. As one of Europe’s emergent leading songwriters, Moe is constantly working with some of the industry’s biggest names including Corey Sanders (Zedd / Katy Perry / Sigala / James Arthur), Jake Gosling, Brit nominated producer (Ed Sheeran / One Direction / Demi Lovato) and Ishi (Tinie Tempah “Written In The Stars”). 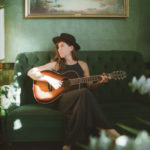