With how dark things are about to get, you may want to grab a lighter. Welcome to the premiere of This Lonesome Paradise’s brand new music video for their latest single “Night Stalker.” This isn’t dark in a frightening, unnerving way, though; it’s more just dark, a little bit spooky, and very eerie.

The song comes as the first single from the band’s debut album Electric Dreams, due out, oh so appropriately, tomorrow on Halloween via American Standard Time Records. The video stars in it the band’s harmonica player Tim Root, who also directed the clip. Aside from harmonica, Root’s specialty is creating 16mm films, which this one standing out for its neo-noir style, reminiscent of the film noir style that became very popular in the immediate aftermath of the Second World War.

“‘Night Stalker’ was written while I was in LA last winter during COVID, and everywhere was a ghost town and boarded up from the protests. It reminded me of how quickly people can be spun into panic and fear when death is involved. The same fear and panic happened when the city had one of its many and ongoing murders (Richard Ramirez, Charlie Manson, Lonnie Franklin Jr., and Anthony Buono Jr.). The combination of those images plus the sunshine, palm trees, beaches and glitz and glamour of Hollywood spurred the song. The dichotomy of Los Angeles is real… the intended illusion of ‘Tinseltown’ is a lie. The film is intended to be creepy and confusing, which fits with the theme of the song.”

The decision to release Electric Dreams on Halloween was made because the band felt that it would make for the perfect sound for the spookiest day of the year. It also fits with the approach towards music and songwriting taken by lead songwriter and singer E. Ray Bechard, a mysterious, drifter type who has fashioned This Lonesome Paradise to be a dark, southern blues band with an old fashioned, western flavour. To add to the noir mystique, Electric Dreams was recorded in a 100-year-old theatre located on the edge of civilization out west. Recorded without the luxury of high-tech studio devices and equipment, the songs were put down live, right to tape with vintage gear. Although some of the instruments are difficult to play due to their age, it helps in creating the vibe that the band is going for.

You may think of Electric Dreams as a sort of “soundtrack” to a film that doesn’t exist, except within the big, bold mind of E. Ray Bechard. The songs are a representation of Bechard’s thoughts and feelings about the state of himself and his place in the world at this moment. The way in which filmmakers use music to represent emotion from scene to scene was a significant influence on this project, with Stanley Kubrick, David Lynch, and Alejandro Jodorowsky providing specific inspiration. For a debut album, Electric Dreams is nothing short of extremely ambitious, and undoubtedly engrossing. 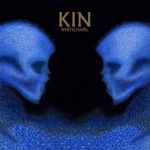 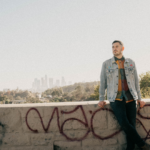