Indie/alt-rock giants Manchester Orchestra have just wrapped up the first leg of their multi-month tour celebrating the release of their latest album, The Million Masks of God. Along for the ride on this leg were fellow indie/post-rock act Foxing and opener Slothrust. We caught up with the tour on the second to last day of this particular span, as it made its way to the historic State Theatre in Portland, Maine on October 19, 2021.

Boston grunge act Slothrust got the night off to a really fun start with a sizable set for an opening act. Emerging to the song “Grease (Grease)” playing out over the sound system, the band started their performance off with instrumental and guitar-heavy number “Surf Goth,” before kicking into “7:30am,” and new track, “Cranium.” The band just released their latest record, Parallel Timeline, but the fans in attendance seemed to be well prepared to sing and dance along to the group’s brand of garage/punk infused with pop sensibilities.

Vocalist and guitarist, Leah Wellbaum has a delightfully strange yet charming stage presence that held the audience in thrall as the band played on. Slothrust is a band that is going places—give them a year or two and they’ll be headlining venues like this one! They closed their set with the anthemic “Waiting.”

With such a strong opener, it’s good that Manchester Orchestra chose Foxing to continue the momentum–they were more than up for the task as they started their set with the dynamic opening track from their latest LP, Draw Down the Moon, “737.” As amazing as this song is on record, it was a sight to behold the shift that happens midway through from softly sung vocals to all hell breaking loose in a cacophony of guitars and gruff vocals from frontman Conor Murphy. They continued with the second track from the new record, “Go Down Together,” which got the crowd dancing along immediately.

Frontman Conor Murphy was incredible to watch—constantly in motion, dancing his way around the stage and making his way out onto the PA speakers as he belted out each line. Their set would go on to include a few other tracks from their new album along with a few older hits sprinkled in for longtime fans, including “Lich Prince,” and “Nearer My God” from their 2018 release, and the mega-hit “The Medic,” from their incredible 2014 album, The Albatross.

At last, the crowd was fully warmed up and ready for Manchester Orchestra. I don’t envy any band that has to follow Foxing, but they absolutely delivered, playing a set spanning songs from several albums, but chiefly from their incredibly well-received latest release. If you haven’t seen Manchester Orchestra before, they’re one of those acts that manages to sound even better live than on their records and tonight was no different.  Frontman Andy Hull’s instantly recognizable, awe-inspiring voice reverberated in the venue soon after the opening notes of “Inaudible,” rang out. The band flew through the first four tracks of the new LP effortlessly–hearing “Angel of Death,” live was probably the highlight of the night for me—it’s such a good song but translated so well live! 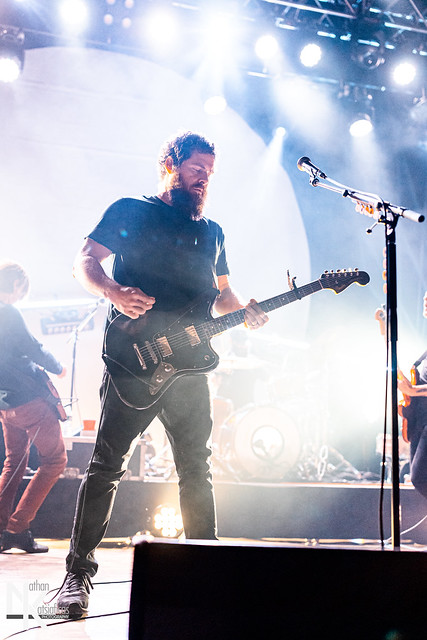 Longtime Manchester Orchestra fans will find plenty to love in this tour’s setlist—with cuts like “Virgin,” from 2011’s Simple Math, “Top Notch,” from 2013’s Cope, and “I Can Barely Breathe,” from their 2007 debut I’m Like a Virgin Losing a Child, just to name a few. There were more new tracks later in the set, notably including the sombre track “Telepath,” which hits just as hard emotionally live as it did on the record.

If there is any gripe to be given this evening and Manchester Orchestra’s absolutely stacked setlist, it’s that the band didn’t play the monster of a song that is “Let it Storm,” but maybe they’ll throw it in on one of the next legs of this tour? Manchester Orchestra closed out the night with a two-song encore from their 2009 release Mean Everything To Nothing, with “Shake it Out” and “100 Dollars.” If you can make it to one of the future dates of their months-long tour, it is definitely worth it! The remaining dates are included below! 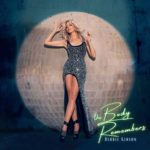 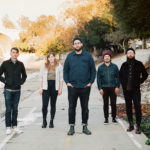