As you roll into your workweek, let us do the “Honor” of introducing you to Rob Joynes’ brand new music video for his latest single. We promise you, the “pleasure” will be all yours as you witness this colourful, dreamy, psychedelic video clip, created by visual artist Kblanq, a highly regarded musician himself who also works in video production, and elaborate art installations.

“Honor,” the first single from Joynes’ debut full-length album Back Forty, resembles in some ways a stoner anthem in sound and style, with its slow brooding pace and hypnotic style that reels you right in. For any longtime listeners of Joynes, “Honor” shows how far he has come since his days as the frontman for the Seattle-based band Creech whose 2013 album Pasture received much acclaim. This is a whole new brand of Joynes, one that revels in his own artistic spontaneity.

With his own words on the song and video, Joynes said,

“‘Honor’ is the first music video from my debut album Back Forty. Tonally it is the heaviest song on the record, with my friend Sam Peterson (Don Piano, Tre Michael) on guitar. I approached Seattle visual artist, Kblanq, to create the video. Because of the pandemic we decided to keep physical contact to a minimum, which formed a creative challenge that resulted in only having one person appear in the video. This ended up lending itself very well to the concept of the song, lyrically it’s a song about longing and introversion.”

A solo artist’s solo artist, Joynes has spent most of his career straying far away from other musicians, choosing to instead write and perform without a backing band. However, for Back Forty, he was feeling in a more collaborative mood, with the album featuring a wide range of Seattle musicians who helped make this more of a well-rounded sounding album, with lots of distinguished instrumentation. The album was recorded at the local Seattle studio Hall of Justice, a recording space that has hosted artists like Death Cab for Cutie, Pedro The Lion, Built To Spill, Low, and Blonde Redhead.

A very honest and genuine sounding album, Back Forty is the most heartfelt record that Joynes has ever done, with its nine songs touching on some very personal subject matter, including family, grief, growing older, and queer identity. The new approach to writing and recording has brought out the best in Joynes and has helped him discover a whole new artistic side to himself that he is taking full advantage of. 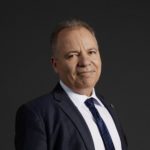 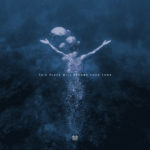 Sleep Token – ‘This Place Will Become Your Tomb’ [Album Review]