Talented, young, ambitious, and motivated are all perfect adjectives to describe the powerhouse Orange County unit Slaves To Humanity. The band wasted no time in turning heads, with the January 2020 release of their first single “BATTLEGROUND,” a hard-rocking, riff-heavy extravaganza that became an instant hit on local, Southern California rock radio.

They’ve returned this summer with their latest single “The Start,” showing somewhat more of a melodic side to the band, while still maintaining that energy and aggressiveness that you hear on “BATTLEGROUND.” And, guess what? You can now grab a free high-quality MP3 download. For five teenagers between the ages of 15 and 19, it’s almost shocking to see how far they’ve come in less than two years. What started as a group of kids wanting to just rock out is now a full-fledged hard rock group with a very bright future ahead of them.

Explaining the effect that “The Start” has had on them, lead singer Aidan Amini commented,

“‘The Start’ is one of my favourite songs, because it completely changed the way we write songs. While writing this song, it was the first time I had felt that we all had the exact same vision for it, and it just came together so quick. The whole process was just phenomenal, and at the end of it, we had this great song that we were all so excited about!”

Amini formed the first incarnation of Slaves To Humanity as a 13-year old while attending school in Tustin, California. It didn’t last long, as some internal disagreements led to the band disintegrating shortly before they were scheduled for a massive opening slot for Alien Ant Farm at Whisky A-Go-Go. Determined to not miss such a massive opportunity, Amini quickly regrouped with a new lineup that he found via Bandmix, the app meant to connect local musicians with each other. Somehow, things quickly just clicked and within a few weeks they had written six original songs, and the band was on its way. 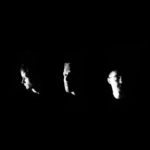 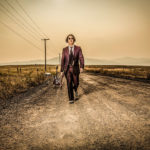