We’ve enlisted the help of En Orbito to make things feel a little more celebratory and jubilant today, with the premiere of their latest single “Crumbling Cities.” Unconventional and innovative, the song is lively and upbeat, but perhaps not in the way that you would expect. In other words, it’s not some song that’s going to be pumping at the club; instead, it’s more of a groove-intensive instrumental that just might put a spring in your step and get that head bobbing back and forth.

Getting you moving is part of the group’s M.O., with an eclectic, upbeat sound, heavily influenced by afrobeat music. To help bring the groove and the flavour to “Crumbling Cities,” En Orbito worked with members of Golden Dawn and Black Pumas who helped provide the horns that you hear throughout.

Explaining their primary goal with “Crumbling Cities,” the band said, “Our intentions when playing this music is to have everyone dancing and having a good time. This is something we want people to be moving and grooving to. When writing this we envisioned it as a band we ourselves would be listening to or wanting to see in a live setting.”

The spark that lights the fire of En Orbito is supplied by the duo of Dustin Braden and Ziggy Gonzo, who began the project at the height of the COVID-19 pandemic lockdown last year. For a long time, they had both wanted to start an Afro-soul band, so with the industry, and everything else, on ice, they decided it was the right time to give it a shot. Convening in Braden’s home studio, the chemistry was there right from the get-go, and they wasted very little time in getting down to recording. Their debut single “Just Dance” was released earlier this year, and by that point, things really started to come together, with a diverse lineup of musicians, such as Flea Kuit, Antibalas, Sunbirds, Sonido Gallo Negro, Mickey and the Soul Generations, Tommy Guerrero, Budos Band, and Modu Moctar now contributing members of the band.

It’s still early in their history, but it’s all coming together nicely for En Orbito, with them focused and determined on adding some moving and shaking to your day. 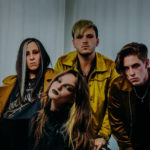 The Haunt Supporting The HU on Their 2021 North American Tour 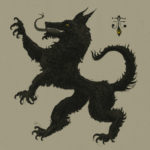