In time for the 15th anniversary of their album Dead In My Arms, returning blackened deathcore outfit Carnifex is back with Graveyard Confessions and, having now trimmed back to a four-piece and had two years to fine-tune their deathcore filth, the band are firing on all cylinders.

Opening with the suitably black-souled title track, the tone for the album is set as frontman Scott Ian Lewis leads the band through a brutal opening. After a frantic start, one thing you can’t accuse the deathcore heavyweights of and that is taking their foot off the gas. “Pray For Peace” is a symphonics-laced onslaught, true to the Carnifex formula but, this time, it feels like there is extra beef injected into things. Maybe trimming things down to a quartet has given their horror-drenched sound room to breathe. “Seven Souls,” for example, sounds like it has been dragged up from the bowels of hell, while “Talk To The Dead” is a filthy mix of magnificent symphonics and spew-soaked blackened deathcore.

Elsewhere, it has to be said that their deathcore cover of Korn classic “Dead Bodies Everywhere” is a stroke of genius. One of the many disturbing tracks from the nu-metal superstars’ weighty catalogue, Jonathan Davis’ twisted lyrics and the crunchy nu-metal bounce fit perfectly with the blacker-than-black atmosphere that Carnifex has mastered.

Wrapping things up, the band has returned to their Dead In My Arms debut to rework three tracks and bring their battered corpses into 2021. Utilizing modern technology to revitalize the older material, there seems to be something more unpleasant and pungent about Lewis’ guttural vocals while the hellish sounds this fledgling deathcore band was creating fifteen years ago fit deliciously into the terrifying beast they have now morphed into. 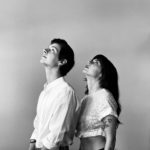 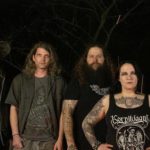