Tom DeLonge’s Angels & Airwaves has been around for over 15 years now. Just let that sink in for a moment. A founding member of Blink-182 has another project that is now the age of a pissed-off teenager, the same age range to which Blink-182 appealed in their early days. This said, Angels & Airwaves are a very different breed to that of Blink-182’s brand of pop-punk, at least the early days of said band. Now, with their sixth studio album, LIFEFORMS, about to drop, the question remains, is DeLonge yet able to differentiate Angels & Airwaves enough from Blink 182? Are they able to stand as their own entity rather than a Tom DeLonge side project? While each individual will have to draw their own conclusions, I’m afraid my opinion is still, not quite.

Like all Angels & Airwaves songs (aside from DeLonge’s distinctive vocals), it is clear that they are not seeking to cash in on Blink-182’s fame and have a different approach to the musical content. Whilst Blink-182 writes songs about first dates and questioning their mental ages in a very tongue-in-cheek way (at least earlier on), Angels & Airwaves take a much more serious approach with their songwriting.

Many of the tracks utilize an almost techno style, as with the intro to the opening track “Timebomb,” and “Losing my Mind,” which further helps to differentiate the record. That said, there remain several tracks that still shed a similar vibe to Tom DeLonge’s previous work. In a way, and maybe just the result of DeLonge’s unique voice, you could almost accuse Blink-182 of copying Angels & Airwaves as they evolved in their style, although I’m sure there are those out there that would disagree.

Although it feels like I have been mostly slating this record, I assure you this is not my intention as there are some stand-out tracks that, although they will be compared to a certain pop-punk group, deserve recognition. “Spellbound” is a catchy electronic-infused, reasonably paced piece of emo punk rock; “No More Guns” goes full pop-punk with sing-along sections that uplifts the record as a whole; and the anthem-like “Rebel Girl” which all records need.

Honestly, this latest A&A album just gets better with each passing song. Still, and this is my opinion, plus I admit that it is based a lot on DeLonge’s distinctive vocals, but the band’s remain very similar-sounding. With that said, even if you come to the same conclusion as me, I do hope you also, like me, still hear this album for what it is, a collection of incredible songs that deserve recognition. 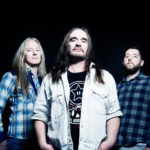 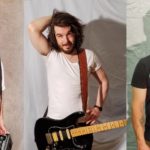