The World is Almost Over seems like the right sentiment and perfect album title for our current times. Punk rockers Black Suit Youth are celebrating our near collective end of days with the release of their brand new LP today via 59 X Records, nine new tracks to guide you through your final hours. The follow up to 2017’s False South, the record boasts highly appropriate lyricism, punchy, hook-laden guitars, and a punk rock sensibility behind it all.

Since they released Meet Me In Death Valley over a decade ago, the New York quartet has traversed within a wide-ranging musical territory, from 2000s alternative rock to punk rock, to a noticeable classic rock influence. With a DIY approach to songwriting and the industry in general, the band has been diligent in their approach to their music, and to earning a loyal fanbase, which has included shows played alongside Alien Ant Farm, The Undead, and Story of The Year.

What really distinguishes The World is Almost Over from its predecessor False South is the maturity and level of comfort and confidence you hear within this new set of songs. To gain more of an inside look into the record and the story behind the music, we caught up with Black Suit Youth for a special track-by-track rundown of the album for an inside look into this impressive new set of songs.

“‘Life ain’t a State of Grace, it’s a razor blade,’ pretty much sums it up. Life can be beautiful, but it also cuts deep as well. For as sophisticated as we try to convince ourselves that we are, deep down we’re still hostile animals chasing our ancient impulses and fighting to cheat death for as many days as we can.”

“We are a global society. There’s no denying that now and we are experiencing massive growing pains as we still try to see the world through antiquated filters. Our collective fear has led to a rise in populism, nationalism, and demagoguery not seen since the 1930s. Lack of empathy and lack of quality education leads us fight about the superficial issues of the day, while never analyzing our own culpability in the root causes of world and national problems. A refugee crisis or a plague doesn’t just appear out of a vacuum. What role to we play as mega consumers living inside of a world power that has profited from the exploitation and destabilization of our neighbors for decades?”

“Pretty self-explanatory. In the Superman mythology, no one wanted to believe that Krypton was about to go boom, but boom it went. Earth is in bad shape and we are not helping the situation. The fact that the combination of a pandemic and riots allowed us to film a video for the song in an empty Times Square in the middle of a sunny summer Sunday afternoon says it all. I’d like to believe we’re better than this and that we can stop the decline, but we’re most likely going to fail.”

“Growing up there was a seedy motel near a trailer park a few miles outside New York City on Long Island called the Sayonara Motel. It was a jump in’ spot. Underage kids threw alcohol soaked parties and smashed up the furniture while sex workers and junkies floated in an out of cheap rooms. The legend goes that one such sex worker finally torched the place. Although maybe it was just Italian Lightning. They plowed over the wreckage and now it’s a nice strip mall with a 7-11.”

“An honest and hard look in the mirror. What drives some of us to be so extreme? How can we learn to stop being our own worst enemies? It’s more than just about recognizing when enough is enough, how do we stop the escalation a mile or so before that point? How do we stop seeking a toxic and destructive form of attention? And if we do, how do we live without that addiction?”

“A shoutout to our first bassist Mike and our good friend Mark. Two bright and gifted friends who passed way too soon. It’s a story about being young and wild and not sensing the reaper around the corner. It’s about making the most of your time and trying to be there for your friends because if you procrastinate, you can miss the chance. Pick up the phone, answer the email, knock on the door. Tomorrow is not a promise.”

“A song about obsession. It’s about being myopically focused on one goal or person and losing sight of everything else. Specifically someone biting off way more then they can chew and instead of accepting help, they opt to martyr themselves. It’s also got some seriously catchy riffs!”

“Drug addiction is decimating generations. It’s all too easy to go from being prescribed painkillers for a common injury to full on lifelong chemical dependence. It can really happen to anyone. When exorbitant profit margins outweigh concern by the pharmaceutical and medical fields for public safety, you get scores of dead bodies. Just another byproduct of a for profit health system.” 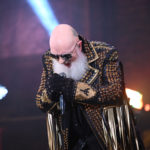 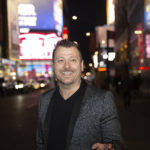