As hard-hitting and topical as ever, Jeff Carlson Band has returned with their striking new record Yesterday’s Gone. A reflection of today’s social climate, politics, and overall chaos, the album discusses political tensions, the pandemic, and the goal of reaching for positivity, instead of dwelling on misfortune and pessimism. Jeff Carlson Band itself may have only begun in 2018, but Carlson, guitarist Robbie Wolfe, and bassist Cory Kay have been playing together since the late 1990s under the name Liquid Skye. When drummer Robbie Sherre joined the fold a few years ago, the Jeff Carlson Band took shape.

The following year, they signed with RFL Records and began to grab some mainstream attention with their early 2020 cover of Foreigner’s “Juke Box Hero,” which included a very special guest appearance from Tesla’s Frank Hannon on lead guitar. The band then released a couple of more singles, which helped lead to tour dates in support of Lita Ford, Bon Jovi’s Phil X, and Faster Pussycat. When the pandemic arrived, the guys decided to focus their attention squarely on writing and recording, which resulted in the gritty new record Yesterday’s Gone.

To discuss Yesterday’s Gone in more detail, Carlson himself recently connected with us for a special track-by-track rundown of all twelve songs on the album.

“This came about as an instrumental that I wanted to use not only for the record, but for our live shows as well.  It was written by our producer Brandon Wolfe. I’m a huge Clint Eastwood fan, so I wanted to call it something kind of rough sounding, like he would’ve used for a name of one of his films.”

“I wrote this about my relationship I’ve had with my father and how he always pushed my stepmother on me, which he always used guilt as a weapon. My wife actually came up with the title, and I wrote it from there. Robbie Wolfe wrote the main riff, and pre-chorus guitar-wise, and I wrote the lyrics and melody on this. I’m not usually a public person with my feelings about my personal life when it comes to my family, but, because of the title name, I thought it was cathartic to write how I’ve struggled since I was literally 15 years old with my father on this issue. If nothing else it was great to express myself on how I actually felt and actually let the negativity go, and not hurt anyone in the process.”

“This is about hope. I wanted to touch on how I felt that the state of the world is in today that is so bleak, and give some positivity to it. I see what has happened not only politically, but socially and it can be overwhelming, so I wanted to give some realistic thought into looking at things like the glass is half full, versus half empty. I wrote the lyrics, and Robbie Wolfe wrote the riff for the intro, and chorus. I wrote the bridge right before the lead.”

“This is a song that I had since 1992 when I lived in Springfield, Missouri. At the time, I was in a band named China Blue, and my guitar player was going through a bad break up and we all had written this song about it. Once the band broke up, and quit performing, I always liked the song, so I kept it and rewrote the arrangement. We recorded it for the album because I always thought it was a very strong song, but it just needed a better arrangement and an updated production, and that is exactly what we did for this.”

“I wrote this about my wife, and how when she came into my life, she basically saved it. I was going through a terrible divorce at the time, and when my current wife Laura and I met, she saved me from the hell I was living in as far as finding love again. She’s the reason I am able to do what I love doing which is music, because of all of the support she’s given me. She has been there for me during the lowest points in my life, and for that, I will be eternally grateful. I’m now at a point where I am the best version of me that I’ve ever been, not only physically, but emotionally and spiritually, and she is completely responsible for that. I’m a very lucky person to have her.”

“I had an old riff that I wrote years ago, that I wanted to use in a new song, so Robbie Wolfe and I wrote this together musically. The lyrics are about how all of the violence, riots, and the whole political atmosphere today is corrupt, and nobody seems to be doing anything about it. I’m normally not a political person when it comes to my songs, but after all of the unnecessary violence, and corruption that I see in today’s world, I felt it was empowering to write about how I felt in what was going on.

I’ve always tried to live like Elvis Presley said in a 1972 press conference at Madison Square Garden, when a reporter asked him about the Vietnam War, and how he felt about the protestors and if he refused to be drafted, to which he replied, ‘Honey, I’d just sooner keep my own personal views about that to myself, because I’m just an entertainer, and I’d rather not say.’ But, on saying that, in light of the pandemic, the riots, the political atmosphere being as corrupt as it is, I felt it was very suiting to me to write about how I felt about all of that because I wanted to be true to myself as an artist and write how I felt on these subjects without trying to preach to people.”

“This song is another song that I originally wrote back in 2010 when I lived in Tucson. I had recorded a decent demo of it, and it had some really good parts to it, but again, it needed to be rewritten arrangement-wise, and take out certain parts and keep certain parts that worked better for the song. I kept the choruses, and the pre-choruses, and Robbie Wolfe wrote a new riff for the intro, and we all rewrote a new bridge to it to make it what you hear on the record. I lyrically wrote about just doing the best you can with what you’ve got to work with, and just honestly trying to put your best foot forward.”

“This is a song Robbie Wolfe had written a long time ago, that we really liked and we just rewrote the chorus. I give credit to Cory Kay my bass player for coming up with the melody on the chorus.”

“This was a song we’ve had for a long time that again we really liked that needed to be restructured and recorded with updated production. I think the song really packs a punch guitar riff-wise, and lyrically it’s about coming out of your shell and being happy with the people and where you are in your life at the present moment. I also really like Robbie Wolfe’s theremin that he uses in the middle of the song, it’s very unique, and it’s not a very common thing to use, so I like the idea of doing something different that makes the song unique.”

“This is an old song we had the Cory and I wrote years ago, that we redid with an updated production and Robbie used an actual violin bow on the middle part of it. Again, very different and unique sounding, and it also has a really cool groove that I’ve always liked. I used a lot of imagery on the lyric content of this song, and I think it came out killer!”

“Since we started playing together (Robbie, Cory, and I) in 1997, we’ve always done this song, because we’re all huge Journey fans and it’s not a song that I’ve ever heard anybody else record. I did a gig with Mark Slaughter in or around 2016 in Tucson and him and I have been friends ever since, so when COVID-19 happened, and we all were not playing anywhere, we had the time to send him the track to lay the lead down on it. In my opinion, Mark is not only an amazing vocalist, but an equally amazing guitarist, so I wanted to use his lead on the track and he knocked it out of the park. I don’t think he ever gets the credit he deserves as a guitarist, and I really am honoured to have him on one of my songs for this album.”

“This was completely Brandon Wolfe, our producer’s idea. He was mixing the other version of it, and added strings, and piano with just my voice and sent it to me, and we all loved how it sounded, so we added it.” 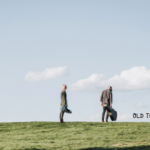 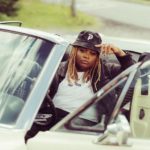