We were excited to recently catch up with The Keeper, an upcoming Los Angeles hardcore band that blends the best of modern and old-school hardcore and metal. The four members are aligned to use the group as a creative and emotional outlet for dealing with the growing pressures of everyday life.

With their new EP Between the Cracks in Our Hands (War Against Records), the band is exploring the darker and heavier elements of not just the music, but the current state of the world and how individuals cope with seemingly constant changes. We got the chance to catch up with The Keeper regarding the EP, and we also got their opinion on who they view as the top five hardcore acts that are changing the scene today.

Tell us about how the band got together. Did you all know each other before forming The Keeper?

“Interestingly enough, we each have a similar story on how we came together. Jack and Conor first became friends back in the ancient dinosaur ages of 2002. Both being from Mission Viejo (located in Orange County, California) we formed our first band together in high school. All the members of that band would go on to form another band called The Cold Front in 2008. Likewise, Alex and Will similarly met in high school. Growing up in PV/San Pedro, they formed their first death metal band together around 2005 called Mortified. Our worlds collided in Long Beach years later around 2009 when Alex joined The Cold Front. We would share rehearsal rooms and hang out with Will and their friends from other various projects. Years later, we are still writing riffs together and making fun of reggae bands during our free time.

The four song EP totally rips. How did it all come together? Any plans for a full-length after this?

“The first riffs for ‘Blind Peace’ were written sometime around the beginning of 2018. At that time, Conor lived in Chicago but he and Jack planned to write songs for fun and put together a band that would focus more on creating songs than playing live shows. At least once a month, Conor would fly out to California and together they formed the first versions of ‘Blind Peace’ and ‘Burn The White Flag.’ After a few early member changes, we quickly recruited our long time friends and former bandmates, Alex on drums and Will on bass guitar, to write what would become our debut EP Between The Cracks In Our Hands. We laid down the tracks at the beginning of June 2021 with Alex Estrada at Pale Moon Audio in Los Angeles, and are extremely excited on how they all turned out. Conor is now back in California and we’ve been able to do the band full time. We are excited to stay busy writing music and hopefully a full-length will be in our near future.”

What is your message with the music and what is the goal long-term for the band?

“Each song takes on its own lyrical theme. Touching on various political topics as well as exploring the struggles of personal strife and depression. With these songs we hope to give some common perspective to the listener who might be dealing with the same demons in their own lives. The Keeper gives us an unfiltered outlet to say, feel, and be whoever we want and to escape the social realms in which our society has created. Wherever this all goes, the initial goal of our band has and will always be the same; to continue making art with friends. To nurture a place of creativity and give each member the ability to express themselves as openly as possible. With that as the driving force of our band, we are ready for whatever opportunities come our way and to spread our message beyond the skate parks and living rooms of Los Angeles.”

Do you think hardcore is different today than when it was in different phases say ten, 15 or even 20 years ago?

“This is a tough one. Hardcore has changed and grown in so many different ways but it seems like the sentiment still remains the same. As far as being a scene for people to come together and express themselves in an aggressive manner, hardcore is still very much that and that’s why people like us are still chasing that high 20 years later. If you can get electricity there, a hardcore kid will feel that fire and will start a band or throw a show and continue to breathe new life into the scene.

What has changed is that it seems like it’s much more acceptable to be open about having diverse influences. This has not only impacted how bands can sound but also the kind of tours that get thrown together. It feel like there are more ‘cross-over’ tours happening with hardcore and bands from different genres, and it’s been awesome to see.”

Tell us about five hardcore bands on your radar today that are making a huge impact on the scene.

“From San Diego California, this band brings the mosh like its 2003 again. Seeing them live is like watching a bomb drop. Awesome blend of metal and hardcore.”

“An ode to all the bands I grew up listening to (GBH, Exploited, Nerve Agents etc). Overexposure bring me back to my roots as a kid first discovering punk. For people who like all things angry and fast.”

“It had been a while since I had heard a band that I felt truly brought something new to hardcore. Gulch has something about their delivery that is unmatched and refreshing. Mixed with an insane live show it’s no wonder this band is making so much noise.”

“If you haven’t seen the videos of SectionH8 playing under a freeway bridge in the middle of Los Angeles then you need to stop what you are doing right now and get your ass to YouTube. This band represents all that is dangerous in the underground punk scene.”

“Another band from San Diego that brings the heat. Mixing in some early 2000s metalcore with the chaos and energy of Converge. Be on the lookout for this band to do big things in the near future.” 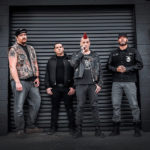 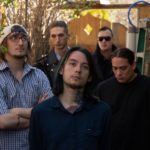