It has taken Steve Kilbey of Steve Kilbey & The Winged Heels, his entire musical career to finally release The Hall of Counterfeits, a mammoth collection of songs which he describes as “the big one.” Having reached such a milestone, we recently spoke with Steve to find out how it felt and what was next.

Thanks for your time, Steve. How is life treating you today?

Steve Kilbey: “Life is as bewildering as ever. It’s just one thing after another.”

Before we get started, Steve, let’s talk about the musical journey that led you to this point. Do you remember your early childhood musical memories, and who the artist/album was that changed your life?

“Yes, I can remember being a child and listening to my parent’s meagre record collection. They only had two records, but luckily, one of them was Frank Sinatra’s Only the Lonely. It had a lot to be poured over, what with all the brilliant orchestral arrangements and the unusual and poetic nature of the torch songs Frankie was singing. Plus, there’s the nature of his beautiful voice… such a great singer! So that was an early age four start to my musical thoughts. Later on, there would be the Beatles, Rolling Stones, and all the rest…”

Moving to more current times, you released your The Hall of Counterfeits album this month. It was quite a hefty project to take on, how did it feel hearing the end result?

“Well, I felt justified. Like it had all been worth it. There’s a lot of music on there. A lot of work and a lot of fun too. A lot of words to write and sing. A lot of notes to be plucked played and strummed but now, listening back, I think it was all well worth it.”

“Well, I was lucky that the nature of the lockdowns meant we could all be in the studio together because I couldn’t have made this record without the band. Other than that, it was just like a normal record, except for the thermometer on the forehead each day upon entering the studio.”

Do you think being in lockdown and not having the usual pressures of the music industry gave you the chance to explore other musical avenues?

“Yes, that is absolutely true. A lot of time to think, ponder, and plan my next move. A lot of time sitting around playing the guitar and seeing what songs would come. It gave one the luxury of seeing all the possibilities that could be utilized.”

You’ve described this record as “the big one.” Why has it taken you until now to write “the big one” and what was your ambition for it when you started writing it?

“It takes time and experience to make the big one. The right musicians. The right studio and circumstances. I guess it all coalesced in a fortunate way while I was starting to do this one. Immediately, I was thinking this could be that sprawling masterpiece I had always wanted to make. It is an attempt at that anyway.”

It’s been a 30-year journey to reach this point. What have you learned about yourself as an artist during that time?

“Perseverance, I suppose? And that there is always room for improvement.”

And if this was it, looking back, what would you pick as the highs and lows?

A 30-year career though, that’s incredible. What is the secret to longevity and do you see any modern artists having that kind of career?

“Forty-one years actually. I guess some modern artists will endure whereas a lot will disappear. It’s all a mixture of luck and talent I guess.”

This isn’t the end though, it’s the beginning of the next chapter. What do you hope that chapter holds in store for you?

“Good records. good shows, and pushing the envelope of just what can be achieved within that thing we call rock n’ roll.”

You’ve talked about slipping off this mortal coil, what would you want to be written on your headstone?

“I don’t want a headstone. I want to completely disappear like I never lived at all.”

Thanks again for your time and good luck with the album. Over to you to wrap things up…

“Thanks for having me. Keep on rockin’ in the free world.” 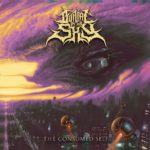 Burial In The Sky – ‘The Consumed Self’ [Album Review] 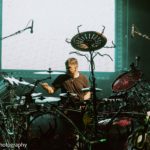