Chugging guitars, punishing drums, brutal, throat throttling vocals… Yep, it’s all here and a lot more with the latest music video for “Necronomicon” from Scattered Storm. Reminding you of what live music used to be all about, the band torches the room in this electric performance video, as an eager audience beholds the musical greatness that is this Texas supergroup.

The song is one of the many standouts on their debut EP Oblivion, which was released last month via Blood Blast Distribution, a subsidiary of the great Nuclear Blast Records. Dark, heavy, and futuristic, the El Paso-based band consists of Andre Acosta and Ed Razor from groove metallers Pissing Razors, Jay Arriaga of No Life on Earth and Years of Cold, as well as Kevin Armstrong of Mondoshawan and Section 6. Needless to say, this is a band of what you would call the heavy hitter variety.

To tell us more about the song, Ed Razor, shares, “Necronomicon came about guitarist Kevin Armstrong and drummer Jay Arriaga’s love for HP Lovecraft books. But the main riff Jay wrote out of despair for losing a loved one. The steady chugg of the guitar conveys almost a walk to the underworld. The world of the dead explodes into the Chtulu scream. The song continues to pound and chug until the end bringing all this chaos to an end. Vocalist Andre Acosta pretty much left it all there, like if the song itself tore him apart. Lyrically it develops on the title of the song, wondering about the fantasy and the underworld.”

When it comes to the approach Scattered Storm took to writing their debut, they were equally considerate of music and words. The music is meant to create the sonic journey, while the lyrics are intended to convey the history of that journey. Thematically, this is a dark set of songs, and how it manifests itself in various social and personal contexts. There is also a lot inspired by the world of fantasy, a frequent topic that nearly goes hand in hand with many forms of classic and current heavy metal. When they set their goals in composing Oblivion, the objective was to not get too technical, and focus more on being heavy and atmospheric. While it’s not a concept record per se, the songs flow seamlessly into one another, with a technical consistency that holds everything together quite effectively.

When Scattered Storm formed a couple of years ago, creating catchy riffs and rhythms was an absolute must so that the songs would resonate with people and make them want to headbang. Well, it’s safe to say that mission has certainly been accomplished, and then some. 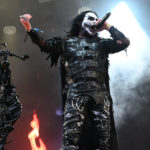 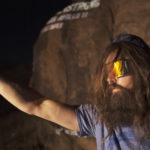