Debuting in February 2020, the series follows comedians, musicians, fine artists, and actors with Lundberg’s primary goal to gain a particular insight into their creative processes which can only be thoroughly deciphered by truly going behind the scenes. With Uncontaminated Sound, Lundberg’s purpose is to offer an intimate look into all of the rarely seen or known “little things” that take place during interviews and other similar social and private interactions with artists and performers. Mainstream features are often heavily and unevenly edited, offering viewers only individual, preferred moments that are often heavily vetted by producers and editors. This stands in stark contrast to how Lundberg prefers to operate as an interviewer or as an artist. He’s dedicated to delivering to you all of the real, raw, authentic moments that you would never otherwise have the opportunity to experience.

Two weeks have passed and you know what that means. A new episode of Uncontaminated Sound – The Interviews, this week with the one and only Tim Kile. For all of you indie rock enthusiasts, Tim Kile is a name you know and admire as one of the founding members of the one, the only Arcade Fire. Kile was an important early contributor to helping the band develop their unmistakably distinctive sound. Kile joined Arcade Fire shortly after their formation in 2001, playing guitar on their self-titled debut EP, and helping the group begin that early cult following that, as we all know, eventually exploded into international stardom. After being a part of that first incarnation of Arcade Fire, Kile went on to be a member of indie rockers Wild Light, who had a successful stint in the run up to the 2010s.

It’s taken some time, but Kile is now reemerging as a solo artist, with his debut full-length album These Things Are Being Gathered for the Fire, which was released this past April. Featuring ten songs, the album is heavy on guitar rock, with dashes of indie, power pop, and progressive rock. Rather than release a single or two in the runup to its release, Kile has released six monthly singles thus far, with each illustrating something different about the album and him as an artist. More than just a songwriter, the record illustrates Kile’s skills as a storyteller, with themes of innocence, corruption, doubt, faith, love, hate and the basic human need to understand the big picture.

Commenting on his conversation with Kile, Lundberg said, “A roar of a motor cut through the air in the likes of the grass the lawnmower was chopping down.

My conversation with Austin, Texas-based musician Tim Kile… was not without interruption.

No matter, despite of a few intermittent external protuberances, we dove into his musical past, one in which he was an original member of Arcade Fire before they went big, touching upon his studying of philosophy, and progressively leading up to his current material, projects, and much more.” 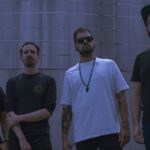 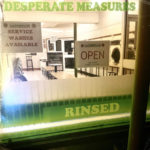