Debuting last February, the series follows comedians, musicians, fine artists, and actors with Lundberg’s primary goal to gain a particular insight into their creative processes which can only be thoroughly deciphered by truly going behind the scenes. With Uncontaminated Sound, Lundberg’s purpose is to offer an intimate look into all of the rarely seen or known “little things” that take place during interviews and other similar social and private interactions with artists and performers. Mainstream features are often heavily and unevenly edited, offering viewers only individual, preferred moments that are often heavily vetted by producers and editors. This stands in stark contrast to how Lundberg likes to operate as an interviewer or as an artist. He’s dedicated to the cause of delivering to you all of the real, raw, authentic moments that you would never otherwise have the opportunity to experience.

Oh summer, why are you passing us by so quickly? It’s a good thing Lundberg is sticking to what he does best, and that’s give you one of the most interesting and innovative interviews you’ll see all year. For this episode, Lundberg welcomed American experimental artist, filmmaker, writer, photographer, and musician (did we miss any?) Jennifer Elster. Elster is most highly regarded for her artistic collaborations and multidisciplinary approach that stops at no end to offer you the most cherished and thoughtful experiences.

She has created solo multidisciplinary exhibitions, and artistic collaborations, such as one that transformed the late great David Bowie into different characters. Her latest film project is titled …In The Woods (and Elsewhere), her fourteenth film, featuring Terrence Howard, Debra Winger, Questlove, Rosie Perez, and Dave Matthews, and others. One of Elster’s primary interests as an artist is the examination of the complexities of humanity and the struggle for social justice. A lot of her work often advocates for civil rights and equality under the law, as she enjoys using her art as a venue for scrutiny and debate.

Commenting on his conversation with Elster, Lundberg said, “Jennifer Elster and I were completely on the same wavelength, artisans with multiple fascinations particularly when it comes to behavioral patterns of our unique species. Needless to say, 50 plus minutes when by swiftly.

One particular working project piqued my interest. Entitled “ In the Woods and Elsewhere “ a 16-year-long film project, which she would not disclose the particulars, of course, captivated my imagination. However, we must wait until the multi-part series is released on her accord.

And of course, if you’re around the TriBeCa area check out her in window  “Get Away from Me” a pop-up David Bowie exhibit, lasting only a few more weeks, at 75 Leonard St. Please enjoy being introduced to Jennifer Elster’s wide breadth of work, as I had the pleasure of doing so.” 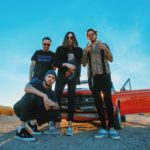 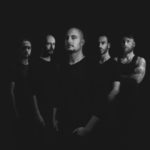