Burgeoning Denver artist Our Violet Room – aka Matthew Birch – has released his highly anticipated single “Winter” on August 20. “Winter” is set to be featured on Season 3 Episode 17 of the popular FreeForm show Good Trouble, airing only a few days after the single release on August 25.

Writing about the seasons and the changes they bring with them, Birch compares the seasons of nature to the changing seasons that inevitably come with a relationship. The metaphor digs deeper as the lyrics describe trying to hold on to something that is slipping away…. which for Birch was his marriage. Featuring Emma Cole from Wildermiss, “Winter” haunts listeners with breathy lyrics against a driving acoustic guitar – something that is quickly becoming Birch’s signature sound. “Winter” is the first tease to a larger release from Birch coming later in 2021.

A deep love of movie scores and the composers that made them alongside an admiration and passion for folk music is the base of the music that Birch creates under the moniker Our Violet Room. An “indie singer-songwriter with a cinematic twist,” Birch got his musical start in 2018 by playing SoFar Sound shows – first in Denver but soon all over the world. A humble story of overcoming depression, working hard, and diving headfirst into his dream, Birch only has one goal…. to make thoughtful, well-made, emotional art that inspires his listeners and causes them to feel. His music has been compared to the likes of Sufjan Stevens, Bon Iver, Bob Dylan, Peter Gabriel, and Coldplay for its lush atmosphere, emotional lyrics, and cinematic arrangements and has quickly launched his music career with two songs featured on FreeForm’s Good Trouble series and two songs featured in a Magnolia feature film.

“Making movie scores has been a dream of mine and to look at each song as a little movie score has been a great way of creating,” says Birch. Thus far in his career, Birch has released two EPs – Our Violet Room and the live EP Loss and Death in Winter – alongside a handful of singles. Mixing folk and cinematic soundscapes seem to be working for the emerging artist as his songs have a combined 37K+ streams. “ I don’t go for cool or hip, I go for what moves me.” 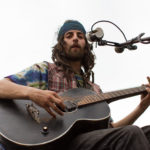