Old Tom & the Lookouts are teasing their sophomore album, Just for Beasts, with the release of the lead single, “Hey Edna,” on August 12. Opening the discussion around mental health (a deep thread throughout the songs of the upcoming album), “Hey Edna” focuses largely on the anxiety behind communicating with someone you care about….especially as it becomes more challenging when they are going through a lot.

The lyrics to “Hey Edna” portray the message of the hardships one faces when trying to support someone they love – highlighting the impatience and motives behind how this situation can take a negative spin. Chronicling the challenges of providing a safe space for loved ones, the song is a lesson in patience, love, and sustainable communication. “All of this was written and produced to help develop a more positive dialogue surrounding mental health,” says Alex Calabrese of the band. “Instead of romanticizing the many challenges of mental illness, we’d rather focus on hope.”

The full record, Just for Beasts, (set to release on November 4th) is a concept piece centred around finding community, a sense of self-worth, and finding a healthy and sustainable way to love and support yourself as well as others you care about. The record addresses many of the nuanced challenges presented to folks suffering from depression and anxiety.

Old Tom & the Lookouts is a Boston-based indie-folk band, creating hopeful, evocative music about mental health. The lyrically driven project is shared through the lens of writer and singer, Alex Calabrese and violinist Cecilia Vacanti. With their combined efforts the two provide a minimalist tone, accompanied by lush string arrangements, witty and brooding lyrics, soulful melodies, and striking harmonies. The band’s debut record, Beautiful or Not, pays homage to influences such as Frightened Rabbit, Phoebe Bridgers, and Tom Waits, capturing a new voice within the Indie-Folk genre. The band is set to release their sophomore album, Just for Beasts in Fall 2021. 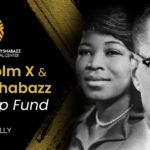 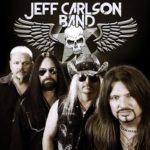