After over a year of no performances, what’s better than getting reintroduced to live entertainment with some metal music? ’68, Staind and Korn clearly did not miss a beat over quarantine as all three bands began their setlists at Korn at MidFlorida Credit Union Amphitheatre (Tampa, FL) on August 7, 2021, with loads of energy and excitement.

Most fans were not very familiar with ’68 before this show, and I must say they leave an interesting first impression. Two guys walk on stage, dressed in suits as if they took a wrong turn and were supposed to be in attendance for a wedding. They kept me interested in their entire setlist because of their interactions with each other. The drum set is positioned sideways, facing the center of the stage, so their entire performance they interlocked eyes. Their stares and smiles gave the audience the pleasure of seeing the passion they put into their music.

Another noteworthy topic of ’68s performance was their sense of humor. At the tail end of their time on stage, their lead singer/guitarist Josh Scogin gave the crowd a laugh when he teased one of the most common lines in concert history. Most artists would say, “if you know this song, sing along” but Scogin said “if you know this song……I would be very shocked.” It’s also important to give credit to ’68 for an extremely intriguing exit. Instead of ending the show and thanking the crowd in a normal manner, Scogin took the drum set apart one by one while Nikko Yamada continued to play the remaining drums in his possession until he was left with a single snare. 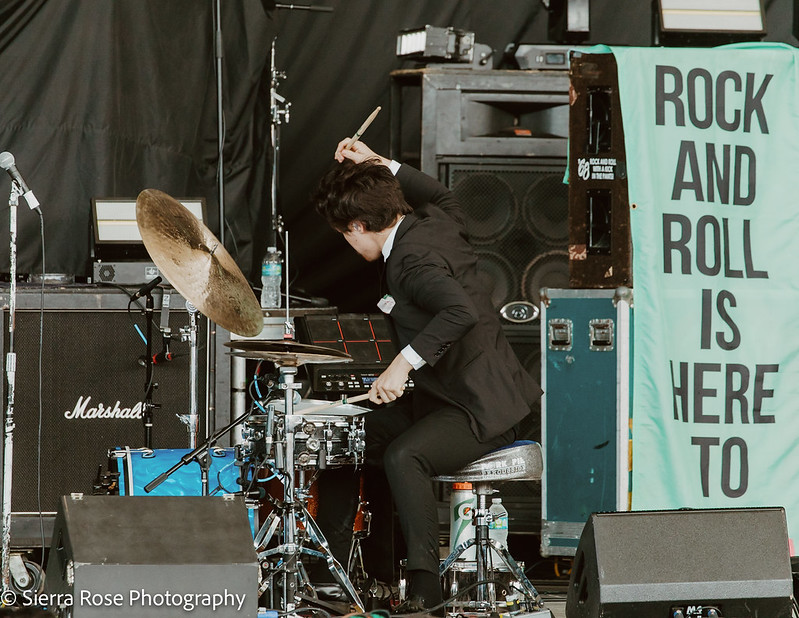 The next band to hit the stage was Staind, and boy did they leave their mark. Staind is a band that has the ability to sound exactly like they do on record. The sound this group produces is remarkable, but what is more impressive is the number of hits Staind has. You never realize how many hits a band has until you look around and see thousands of fans singing every song they perform word for word. Songs like “Right Here,” “Outside,” “So Far Away,” “Mudshovel,” and, of course, “It’s Been Awhile” had the entire crowd losing their voice before Korn even began.

The entire band brought so much energy to the crowd. Staind can have you dancing and singing your heart out one song, then the next song you’ll find yourself headbanging until your neck hurts. Being near the pit/ga area I was in the muck of things, experiencing the raw emotion and unquestionable talent of Aaron Lewis up close. This band is fun and I found that each individual member brings their own unique personality with them on stage.

’68 and Staind were great, but the anticipation of Korn was like no other. I could feel the excitement building up as we closed in on the curtains dropping. Once the curtain finally did drop, Korn did not disappoint. I have seen Korn a few times before this show, but somehow these guys always get better. There is nothing like seeing Jonathan Davis encourage the thousands of people in attendance to sing along to the hit songs like “Here to Stay” that we all waited so long to hear live again.

Not only does Korn sound amazing live but they are also world-class entertainers. Munky and Head have fans screaming the entire show as their headbanging dreads create picture-perfect moments for fans and photographers. Jonathan Davis brought so much energy to an already pumped-up crowd when he roared into his chrome microphone. While fans missed the presence of Fieldy, nobody left the venue upset with how Ra performed. Ra was excellent and matched the hype of the rest of the band. Ray was fantastic as always on the drums. “Got the Life” sheds a lot of attention on the drummer as it has an upbeat and fun rhythm with a lot of cymbal play.

Overall, a great experience and an outstanding welcome back to live music. All three bands created everlasting memories for fans after a very tough year. If you ever get the chance to catch any of these bands live, you won’t be disappointed. 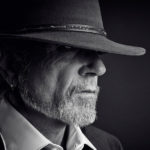 Steve Kilbey & The Winged Heels on Musical Memories, the Future and Finally Releasing “the Big One” 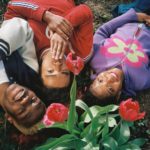