Today, composer and filmmaker John Carpenter has confirmed the forthcoming release of the original motion picture soundtrack for the anticipated second installment of the new Halloween trilogy, Halloween Kills. Due out via Sacred Bones Records in conjunction with the film’s release on October 15th, the soundtrack was composed by Carpenter along with Cody Carpenter and Daniel Davies.

The David Gordon Green-directed film once again stars the queen of scream, Jamie Lee Curtis, and will drop via Universal Pictures, Miramax, and Blumhouse.

According to a recent press release, “Like the film itself, the score stays true to the spirit of what made the 1978 original great while bringing it firmly into the present. The music is unmistakably Carpenter: the sinister vintage synth tones, the breath-stealing sense of menace conjured with just a few dissonant notes. But with a broader sonic palette, new digital techniques at his disposal, and a deeper sense of musicality, the Halloween Kills score is the work of a master artist who, nearly 50 years into his career, continues to push his creative limits and find new ways to thrill and terrify his fans.”

Check out a sampling of the upcoming music video the single “Unkillable.” 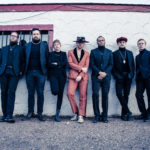 The Burroughs Catch a Groove with New Single “Baby Get Down” 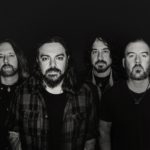