He’s never met a stranger. Perhaps that’s due to growing up in a large Italian family. Maybe it’s from attending decades’ worth of packed Yankees games. Or it could be a result of years as an NYC cabbie. Whatever the reason, Jimmy Failla is a straight-up knock-around guy, an everyman who himself can’t quite seem to fathom how he’s found his way from traveling (in a Budget rental) cross-country as a stand-up comic, to hosting his own syndicated radio talk show. And it’s that sense of genuine humility and working-class street cred combined with doses of self-deprecating humour that’s resonating with listeners and making FOX Across America such a massive success.

Described best (by me) as a modern-day John the Baptist, Failla is a brave voice in the wilderness, preaching a fresh Gospel to those “with ears to hear.” But he can’t really be as cool as he comes across on the radio, right? I had to find out for myself. I messaged Failla’s people, and holy crap, the dude called me back. Crazy, I know. In short order, we were mixin’ it up like a couple of old drinking buddies poured into a Waffle House booth at 4 am, scarfing down something smothered, covered, and chunked following a long night of bad decisions.

Owning the distinction of belonging to the extensive FOX News product line, FOX Across America ain’t your dad’s conservative talk radio. In fact, as Failla boasts frequently, he doesn’t do a conservative talk show. He does an “American talk show” — one that oozes the authenticity of a “private” card game. But everybody’s invited to ante-up and join in on the fun. Failla’s recurring mantra, “Be a Republican. Be a Democrat. Just don’t be a – – – – . Just be cool.” And clearly, there are legions of cool people who are enlisting in Failla’s grassroots army, as FOX Across America has soared 133 percent in overall ratings since he took over the show in March 2020.

Possessing the build of a strip club bouncer and the fashion sense of a Gap Band member, Failla’s physical presence matches (maybe exceeds) his radio presence. And it’s that engaging all-around brand that’s also making him a popular frequent guest these days on the FOX TV talk show circuit.

“We’ve been on a little bit of a hot streak lately,” Failla confessed humbly during our 40-minute phoner — a conversation during which I was bombarded by a barrage of his signature-style sports metaphors. “I grew up in an intellectually stunted family that could only talk in sports metaphors,” he admitted. “And you use them without ever qualifying whether or not they’re applicable to the conversation. Ay, ‘a walk is as good as a hit,’ ya know. It was a big comedy family. A lot of joke tellers. My uncle liked to tell street jokes. My grandma liked to tell street jokes. Everybody in my family is quirky and kinda weird and fun.”

Failla’s razor-sharp wit and rapid-fire timing hearken back to a classic era of comedy, yet his style plays quite well to today’s audience. And I was curious about his influences.

“I loved Rodney Dangerfield because he told jokes that were repeatably funny. You could watch it, and then go explain it to somebody else and they’d know why you laughed. I loved Eddie Murphy too. When you’re a little kid and you’re around that type of language, it’s just so insane. Obviously, I wasn’t allowed to use that kind of language. I didn’t hear a lot of it in my house. So when I saw it coming out of a TV late at night when nobody was around, WHOA, it was like, AMAZING. Richard Pryor was a few years beyond me. I didn’t realize until I was a comic, headlining clubs around the country that 80 percent of the comics that I was onstage with were just robbing Pryor.”

My mention of the 1982 Robert De Niro/Jerry Lewis comedy film, The King of Comedy triggers an immediate response. “It’s a Top Five flick,” Failla laughed. “It’s outrageous because what it captures really is the ethos of what level of sociopath anybody has to be to get into show business.” However, based on his extensive cabbie background, Taxi Driver ranks even higher on Failla’s personal top movie list. He describes the 1976 Martin Scorsese-directed classic as what’s proven to be, “a documentary on modern-day New York.”

Being on stage doing stand-up is what ultimately got Failla spotted by the right people and subsequently brought him to a cush, three-year gig as head writer for the Kennedy show. “Far and away — and I do mean it, she’s the most talented person in the orbit of cable news,” Failla says of his former boss and namesake of the wildly popular nightly FOX Business Network show. “She’s a truly brilliant person.”

Providing more than mere laughs, Failla also has been self-anointed as “America’s life coach,” welcoming in listeners for daily “grown-up conversations.” A beacon of positive, patriotic light, he openly touts America as “the greatest nation on earth,” and has apologized (with a wink) to his audience — “I don’t mean to pistol-whip you with my prosperity.” Classic Failla.

Ran into a few of my biggest fans in Chicago. I’m not sure what surprises me more, the fact that I ran into them, or that they were hanging out TOGETHER. SMH. pic.twitter.com/oRCR98M0P7

But despite his undeniable conservative leanings, Failla still has the ability to call “balls and strikes” with major league-like accuracy. “I’m NOT running the Donald Trump radio defence fund,” he’s announced on more than one occasion. When Missouri congresswoman Cori Bush recently called for police defunding while rationalizing her own personal security detail, she told the country to “suck it up.” Failla fired back furiously, “Hey, Cori Bush — F-YOU!” Red Bull nearly came shooting out my nose when I heard that one.

Those types of outbursts are rare, as Failla focuses on the fun factor, offering lively interviews with some of the biggest players on today’s political scene. Along the way, he peppers each show with side-splitting commercials hocking an array of fake topic-related products. My personal favourite is for the Andrew Cuomo-inspired cologne, Harassment, by Calvin Klein. He’s also is a master of song parodies. But unlike the attempts of most other radio hosts, Failla’s parodies of pop/rock classics are actually funny. In fact, they’re hilarious.

“The world takes itself WAY too seriously,” says Failla. “The whole point to our show is, I’m trying to get everyone to take themselves a little less serious. And the vibe you hear between me and guests, there’s a lot of jokes and making fun of each other. You know every guest comes off cool. As a brand ambassador of FOX, that’s what I’m trying to capture. Everyone here is so overwhelmingly cool. Cool in a way that would shock you that they’re that cool. Like a high school where everyone is way overdressed, because they’ve gotta be on-camera. And I just want to give listeners to access to that vibe. That’s the vibe — as a guy who spent a long time listening to talk radio, it gives a lot more to the listener than the traditional fire and brimstone energy of normal talk radio.”

One of the most endearing components of the Failla brand is that he’s an unabashed family man. “She’s like God showing off,” Failla says proudly of Jenny, his bride of 15 years, who he actually met while on stage doing his stand-up act in Ohio back in 2003. Then there’s Lincoln, Failla’s 12-year-old son who makes weekly guest appearances on the show every Friday. Also known to listeners as, “George from Queens” and “the Link man,” Failla 2.0 is a chip off the ol’ block. Already standing six-foot-two and weighing in at 240 pounds, Lincoln has been described as a “Ukrainian circus bear” by his old man. “He (Lincoln) grew up around a lot of comics and a fair amount of show biz,” says Failla. “He’s got his own really nutty sense of humour. He’s big on awkward humour. And he’s better than most guests I bring on the show with real media training.”

“The only real brand I have, the only conscious decision I’m making is to enjoy whatever it is I’m doing,” says Failla. “If you’re having a good time, I think it reveals itself in the work. And it makes the experience a lot more accessible to the people consuming it. If you die tomorrow, you’re gonna wish you had a lot more fun. You’re not gonna wish you got more outraged at one more Dr. Seuss book. You’re not gonna wish you dug up someone’s old Tweets from 12 years ago one more time. If you ran for president and ran on a pro-fun platform, I think you’d grab a lot more attention than people realize. That’s ultimately why the show works. We’re selling fun. And nobody’s having more fun than me.”

But despite the show’s current enormous success, he maintains he’s still a “regular” guy. “When I leave FOX right now, I’m gonna go home and do the same thing I was doing 15 years ago when I turned my taxi in at the garage.” 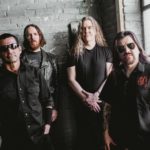 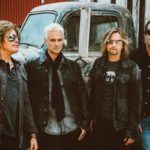