The group commented on the song, stating, “The song started out as a guitar riff from Seve, which he named ‘Battle Cry’ on a whim. When Merciless heard the riff, he was in the middle of the novel Gates of Fire by Steven Pressfield. The crunching rhythm spoke to Merciless, eliciting imagery of the Battle of Thermopylae and of Zack Snyder’s 300, a movie that showcased the battle in blood and bravery. Merciless penned the melody, but when he and Seve turned it over to keyboardist Austin Farmer with the marching orders ‘Make this bridge feel like an epic movie soundtrack’ the song truly came together in brutal, crushing glory.” 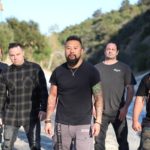 Breaking In A Sequence Reveals Final Video in Six-Song Series 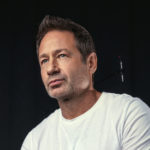