Have you ever wondered what it’s like to experience the world from the vantage point of a dog? Well, you’re going to find out all about it in Grant Swift’s brand new music video for his latest single, “Sunshine.” The video is filmed from the perspective of man’s best friend, navigating the local neighbourhood on a beautiful, sun-filled day. While being led around on his leash, he approaches each new sight with limitless curiosity, as he explores the local park, and encounters neighbourhood people, and dogs, along the way.

The song is fun and lighthearted, which dog lovers in particular will get a real kick out of. It comes as a single from Swift’s debut solo album First Elephant, which was released earlier this month.

Explaining what the song means to him, Swift shares, “To me, ‘Sunshine’ reflects the dichotomy of hustling for career, status, success etc., versus enjoying the pleasures of the day. Awareness of all the wonderful pleasures you’re missing out on makes the hustle even harder to sustain, and yet people do it so constantly that it sometimes seems the hustle is what being a human is really about. (director) Alice Johnson and I decided to reflect that through the eyes of a dog, who gleefully escapes their human for the day.”

An experienced and multi-talented musician, Swift is also one half of the acoustic duo Mac/Glidden, which he is joined in by his longtime songwriting partner Andy McCarthy. Now Swift has branched out on his own with First Elephant, a record inspired by the parable of the Blind Men and An Elephant, a story that has been shared across South Asia for thousands of years. The parable describes a group of blind men who encounter an elephant for the first time ever. Upon the encounter, they each try to describe what it was like, with each description different from each other in fairly significant ways. Each account has components of truth, but each is wrong when it comes down to it. In some versions, the men eventually get violent with each other, which Swift feels is in many respects representative of our current times.

Musically, First Elephant is composed of soft psychedelic folk-rock, hook-heavy power pop, and old-time jangly rock n’ roll. Swift then uplifts each song with his delicate and striking voice. His arrangements really stand out as well, melody intensive songs that show why he’s so much more than just a singer or a traditional songwriter. Positive, elevating, and inspirational, Swift will have no trouble reeling you in with his addictive, lighthearted take on modern power pop. 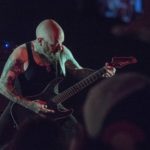 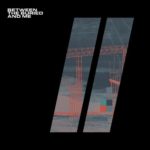 Between the Buried and Me – ‘Colors II’ [Album Review]