Gritty, inspired, and oh so authentic, Devora is the chief proponent for what she has coined “Outlaw Pop,” of which she gives you a great big taste on her debut EP, Outlaw (Tiger Tone Records, PIAS). Consisting of five tracks, the EP invites the listener into Devora’s dream-like western world, inspired by her upbringing in the scorching hot sun of the Arizona desert. The songs meld together raucous and classic American melodies, with more of a modern, dark pop sensibility.

There’s a real trailblazer spirit to not only her music but also Devora as an individual, someone who feels more comfortable calling the road her home, zigzagging from town to town, playing for any and all who would like to see. When you get to know Devora through her music, it becomes clear that she is a strong-willed woman, who has a fire and a fierceness that is entirely unparalleled.

We recently had the good fortune to catch up with the one and only Devora. We got the chance to discuss Outlaw, her youth in Arizona, the artists who inspired her, and what comes next for her.

Congratulations on the release of your debut EP, Outlaw. How would you describe the EP to a new listener in terms of what they can expect from it?

Devora: “Thank you! The EP spans a self-coined genre that I like to call Outlaw Pop. Outlaw pop fuses dark western/rock instrumentation with pop melodies. Outlaw pop is all about going your own way, being fearless and emboldened, and taking the road less traveled. Listeners can expect audio-visual storytelling and haunting narratives inspired by the dark wild west.”

Releasing your debut EP must be rather nerve-wracking, considering it’s most people’s first experience of listening to your music. Would you say that you’re feeling more pressure now that it’s actually out, or was it more stressful actually writing and recording the EP?

“Writing music and storytelling comes second nature to me; it is such a cathartic experience. Now that the EP is out, I definitely feel proud of the body of work and I’m so excited to see it get into the hands of eager listeners. I’m always writing and it’s been so thrilling to start weaving visuals and songs for the next EP.”

When it comes to your debut release, you essentially have your whole life to write it. How recently did you write these five songs? Did they all come about pretty recently?

“I’ve been writing stories, poems, and songs my entire life. The songs on the EP were written over the past two years, however, some songs are based on stories/experiences I had way before then.”

When releasing a debut, timing often has a lot to do with success. When did you first decide that you wanted to write and record an EP? Is this something you’ve been cooking up for years now?

“I’ve had this sound and aesthetic for a while now, it’s just always been a part of who I am. In the fall of 2019, the songs started flowing out of me and I teamed up with some epic collaborators (Cass Dillon, Alex Aldi) and we went hard.”

Who are some of the artists you would say have been really integral to the development of the Devora sound?

You grew up in the Arizona desert where I’m assuming it was perhaps a challenge to discover new music and different genres outside of country and western music. What types of music did you listen to the most when you first got into music?

“I was surrounded by country music when I was a kid. I grew up singing along as a little kid, it’s always kind of just been in my blood. Ironically though there was a pretty strong goth scene in the town I grew up in, as well as throughout Phoenix… Growing up I went to as many shows as I could and was pretty immersed in that scene. I’ll always be a goth girl at heart.”

What is the primary influence you would say that your childhood surroundings have had on you as a musician?

“The STORIES. Man, it was such a strange place to grow up and I just have SO many stories and experiences from the craziness of that place… I could fill volumes. Country music has sort of been engrained in me since I was a little kid so I’ve drawn heavily from this influence and fused it with the darker more ‘goth’ aesthetic and sound that I love.”

As a musician, how did you develop your sound? Did you experiment with other genres before finding your own hybrid sound that you were comfortable with?

“I’ve really just always been me. As I grew up I took the genres that I love and sort of melded them all together…and here we are with ‘Outlaw Pop…’”

With regards to the song “Bodybag,” you commented that it’s something of an honest account of you losing your mind. What was the context within which this song was written? What caused you to have such rage and ferocity?

“I wrote ‘Bodybag’ coming out of a really difficult time in my life… I was sort of at a crossroads and getting out of a (few) toxic relationships. I hit a breaking point, as everyone inevitably one does, and channeled all of that frustration and anger into song. I really didn’t even have it in me to mince words at that point… it was a very raw and visceral reaction for me.”

Would you consider yourself typically a person with a lot of anger? What helps you in controlling it?

“I don’t consider myself an angry person per se, I consider myself bold and empowered. I am definitely not the type to take shit from anyone. I think everyone reaches a breaking point where they’ve just had it, whether it’s with a person, a situation, a place, etc. Music is my outlet for many emotions. I write about it, get it all out, and in the end, it’s this incredibly cathartic experience being able to translate emotion to music, while using it as an outlet.”

You’re really just getting started so you have such a long way to go with your music. What are some of your more short-term goals as a songwriter and a musician going forward?

“I’m really looking forward to finishing up the next EP, and then an album. The journey is just beginning really. I’m also looking very forward to taking these songs and playing them live on the road this fall!” 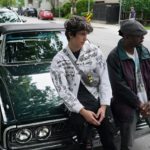 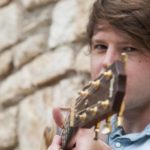