Proving that it’s always best to follow one’s instincts in making decisions, Celestial Ruin is striding forward with their brand new single “See U Nxt Tuezday,” which we’re also pleased to share with you as a free high-quality MP3 download. The song is an absolute ripper, as it chugs along at breakneck speed, landing somewhere in between the old school, hard-rocking spirit of Guns N’ Roses and Mötley Crüe. Led by the power and boldness of frontwoman Larissa Dawn, the song is as energetic as you can get, and really puts on display the technical savvy of the band as a unit, as it winds its way through a deluge of starts and stops.

“See U Nxt Tuezday” is actually quite a change of pace for Celestial Ruin, a stark departure from their origins as a symphonic metal band a decade ago. While still hard, fast, and furious, their current sound is a lot more straight-edged, with less focus on heavy metal power, and more emphasis on rougher, punk rock intensity. Their musical reinvention is the result of a productive period of songwriting that saw the band grow into something completely different, one more open to broadening its horizons while staying true to the spirit of hard rock and metal.

Commenting on the band’s evolution, Dawn said, “We reached a certain point where we became interested in expanding our horizons. For us, evolution means growth and re-invention with every record and that means trying different styles. We’ve never been ones to want to pigeonhole ourselves into one particular style or sound. We don’t want to keep writing the same song over and over.”

This sonic transformation began to take shape after the group visited Los Angeles in 2019 and recorded a few songs with producer Mike Plotnikoff, responsible for helping Three Days Grace and Halestorm grow into massive mainstream acts. Producer Jay Van Poederooyen (Hinder, Devin Townsend, Nickelback) helped them go a step further when he helped produce and record “See U Nxt Tuezday” in the band’s hometown of Vancouver. The band members were initially concerned that their sound may turn off their already established fanbase, but instead, that strong level of support has remained intact and the symphonic metalheads have remained just as loyal as they used to be.

Naturally, there is a lot of excitement for what Celestial Ruin has planned for the future as the band continues to move forward with new songs, pushing themselves further than they’ve ever gone before. 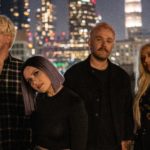 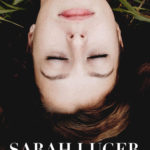