Carter Beckworth is one versatile, well-rounded fellow. You’ll get a sense of this from his brand new single “Jillian,” one of the featured tracks on his brand new full-length titled pocketknife, which he is in the final stages of preparing for release. There’s a relaxed, country feel to this song, with Carter having actually written the lyrics as a poem when he first began dating the woman who would later become his wife. It remained solely a poem for many months until he began to write music to go along with it, which actually runs in stark contrast to Carter’s usual process.

Typically, he writes lyrics and melodies simultaneously, but the fact that “Jillian” was originally a poem has infused it with even more emotion and feeling than what you typically get from an artist who couldn’t be any more down to earth and expressive than he already is.

Telling us about how “Jillian” developed musically, Carter said, “The video mirrors the simplicity of the song and the album as a whole. I wanted to keep the recordings as simple as possible and not add too many elements. There was a lot of discussion during the recording sessions about whether we needed to include more ‘colors’ or ‘textures’ in the songs, but I was so happy with the initial acoustic tracks that I didn’t think we needed a bunch of other instrumentation.”

Some people are just born to be musicians, and you can slot Carter in that category, with his aptitude for songwriting already evident by the time he hit his pre-teen years. He first started writing songs at the age of 12, and then started to play professionally while attending the University of Mississippi. Around that time, he also released his debut record. Originally born in Houston, Carter now resides in Santa Fe, and has become well known throughout the American Midwest for his passionate acoustic performances. “Jillian” was produced alongside Fred Mollin, a longtime collaborator who has worked with Chris Cornell, Sheryl Crow, and Billy Joel.

Arguably his best work yet, “Jillian” merely scratches the surface of what Carter is on his way to accomplishing musically. 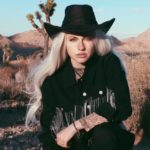 Devora Discusses Her Debut EP ‘Outlaw,‘ Growing Up in the Desert, and Outlaw Pop 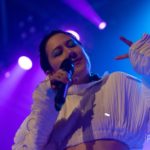