Multi-genre duo TYCHE (Saydi Driggers and Jake Briggs) are stepping onto the scene with a gutsy debut pop single and music video “I Don’t Have Depression.” The song was the first one Saydi wrote after she and Jake decided to leave their hectic life in Arizona and head to Los Angeles due to a lacking fulfillment with their current lives. “I had friends, a popular band, and a fun lifestyle but I was lying to myself about being happy,” says Saydi. “So in this song, I’m kind of lying to myself too.” She found herself surrounded by things she didn’t truly care about and knew she needed to reevaluate herself as a person. “The song isn’t the change, but the realization that I needed to make a change.”

The singer-songwriter says she used to struggle with feeling okay about being depressed but has since realized the benefits of being gentler on herself. “Life is hard and I’ve learned to embrace my emotions honestly as they come.” TYCHE hopes “I Don’t Have Depression” will resonate with others to help them feel not alone in their struggles. The lyrics certainly resonate with listeners – touching on the inner dialogue someone has within themself in an attempt to ignore the bigger issue at hand. Gonna get a new tattoo just to prove I don’t have depression,” Saydi sings over a vibrant beat.

Co-produced with Andrew Maury, the single incorporates sounds from folk, rock, pop, and electronic music. While the message is heavy, “I Don’t Have Depression” can also be a fun dance track for fans wanting an escape. The single will be accompanied by a self-directed and shot music video based in Northern Arizona. 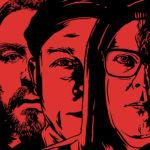 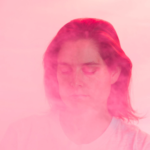 Oakland Artist LOUIZA Dives into Technology’s Lasting Impact with New EP ‘On, Off’