Honestly, I’ve always seen it as something of a slap. To this day, you’d be hard-pressed to uncover any commentary on the combo without that caveat. Hey, you girls hit really good — for girls. Sure, possessing the balls to be an all-female rock band was pretty impressive, especially back in the day. And let’s face it, they didn’t just show up to the party uninvited, they kicked in the door to the ol’ “clubhouse” and made the boys their bitches. Bravo! Nevertheless, what made (and still makes) The Go-Go’s a great band is that they’re just a great band — period. Oh, and they have great songs, too.

It was such an exciting time for music. The dinosaurs all had pretty much become extinct, and new carnivorous contenders were consuming the scene. My personal teenage LP collection reflected the changing times, giving refuge to a menagerie of “The” bands — the Cars, the Police, the Clash, the Knack and the like. Then, a record dropped that totally popped. And in short order, I’d been thwacked by a new “the” band. Truth be told, I was obsessed.

Joan and Chrissy both had released recent dazzling debuts, so when the Go-Go’s rolled out of LA and delivered their first album, 40 years ago this week, they weren’t the only babes at the ball. Besides, my teenage freak show frustrations were focused fully on Lene Lovich. Yeah, I know. Hence, my obsession for the Go-Go’s was honest, pure, and ALL about the music. Sorta.

Overseen by budding pop/rock producers, Richard Gottehrer and Rob Freeman, the 11-song set, Beauty and the Beat, sounded like sunshine. Straight out of the box, even the cover looked fun, depicting the five members wearing only bath towels and face cream. And the bubble bath pics on the back cover further enhanced the implied fun factor.

Glossed by the angelic lead vocals of Belinda Carlisle and built on guitar work that was as crisp as two Denny’s side strips, the opening track and lead off single, “Our Lips Are Sealed,” set the stage perfectly, defining the overall record — sassy, yet sophisticated, playfully unpredictable and totally irresistible. Fueled by the iconic, super-charged hit, “We Got the Beat,” Beauty and the Beat was a slow burn success, ultimately reaching #1 on the Billboard Top 200 in March 1982, where it lived for six weeks. The record now has sold more than two million copies.

But two smash Top 20 singles does not a perfect record make. And Beauty and the Beat owned highlights galore. “How Much More,” was a bona fide beach blanket romp, accented by crunchy guitars and driven by the no nonsense drum work of Gina Schock. Then, before you could wipe the lipstick off your left cheek, “Tonight,” planted another smacker on the right.

Penned by the band’s co-guitarists, Charlotte Caffey and Jane Wiedlin, “Lust to Love” and “This Town” provided a more mature yin to the carefree “You Can’t Walk in Your Sleep (If You Can’t Sleep)” and “Skidmarks on My Heart” yang. While Caffey’s breakup tune “Fading Fast” and Wiedlin’s hypnotic “Automatic” remain personal favorites, bassist Kathy Valentine scored high marks from the Olympic judges for her urgent record closer, “Can’t Stop the World.”

World-class-quality songwriting and precision production aside, Beauty and the Beat succeeded at the time, and it still sparkles today, as a result of the Go-Go’s collective appeal — Carlisle’s signature Pixy Stix vocals, the inventive Caffey/Wiedlin guitar tag team and Schock’s meat and potatoes drum style. Then there’s Kathy Valentine. Holy crap, her boss basslines (particularly on “Tonite” and “Lust to Love”) were worth the LP’s $6.99 sticker price. Take any one of these five components from the Go-Go’s machine, and it seizes up like the engine of my ’78 Dodge, the night of that Ramones concert.

In sum, the Go-Go’s are just a great band — period. Beauty and the Beat was the perfect summertime soundtrack. And it remains as fresh and fun, bold and beautiful as it was when we shared our first bottle of Boone’s Farm together back in ’81.

Beauty and the Beat Track Listing: 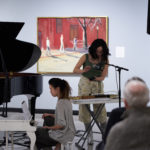 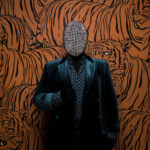