California native and indie-pop singer-songwriter, LOUIZA released her next project, On, Off the EP, on June 26. The songs on the EP wrestle with the role of technology in everyday life. “In some ways, devices like our mobile phones, computers and the internet provide us with the feeling that we hold an on, off switch,” says LOUIZA. She says the longer humans depend on technologies for aiding in things like DNA testing for predicting the health of offspring, the deeper we dive into blurring the line between who – or what – holds the “on, off switch.” Working with her co-creator, Jamie, LOUIZA found herself inspired to venture beyond the normal analog sound and test out more drum tracks and samples.

LOUIZA’s sound is best described as a charismatic blend of jazz and electro-pop with an underlying hint of alternative rock. Vocally, she’s inspired by legends like Joni Mitchell and Kurt Cobain, who she’s been highly compared to by fans and media. While she maintains a distinctly pop backbone, LOUIZA plays around with fresh concepts for each new project. On, Off takes on a more dark prism, metallic rainbow mental stimulation that entices listeners to dive into the messages while sitting above the clouds on the tracks’ playfully seductive qualities. The fact that LOUIZA finds strength in visuals comes as no surprise as her music is elegantly vibrant in a way that can transform the space in which it’s playing.

Tracks on the EP ride between conversations about dating apps to twisted romance under surveillance to a child’s colourful view of themself. Along with the On, Off she will be releasing a single called “Anomie,” a dark-pop track that alludes to society’s relationship with social media. The music video for the single will debut during her July 9 EP release party. Fans can stream On, Off on all major streaming platforms as well as watch the “Anomie” music video on Youtube on June 26. 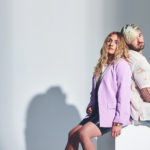 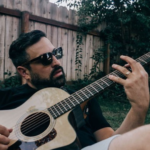