Inspired by how Canadian rapper Powfu had sampled the opening verse of Beadadoobee’s “Coffee” for his track “Deathbed”, Melleefresh hoped to replicate the effect with her 2020 original mix of the track. And Princess Superstar was the first rapper to come to mind.

“It’s two crazy bitches doing their thing during these crazy times,” says Melleefresh, describing her latest single, ‘Let’s Do It Together: The SuperFresh Mix’, with Princess adding “It was really great that we started working on this during pandemic lockdowns. It helped me get through them.”

With the 25th anniversary celebrations for Play Records in full swing, we had a chat to Melleefresh about the anniversary, the collaboration, and the future of the label.

You’ve collaborated with Princess Superstar, how did that come about?

Melleefresh: “During this Pandemic, when people seemed to be much more accessible I sent her a message on Instagram asking her if she was open to collaborating on my track “Let’s Do it Together” which has a great hook and I was hearing a rap and thought she would be perfect for it. She got back to me and asked me to send her the track which I did and she listened, felt inspired, called me later that night and said, ‘Let’s do this thing’!”

What individual attributes do you think you each brought to the party for this collaboration?

“We both have our own unique style musically and compliment each other. We both have been in this business for around the same amount of time! We are both total Girl Bosses and won’t stand for bullshit or liars. She’s blonde, I’m blonde trapped in a brunette’s body, we both have legs for days, great tits and a fabulous sense of humour!”

You worked on the remix together during lockdown, how did that work given that one of you is in Canada and one in the US?

“Easy-peasy using WhatsApp for long-distance calls to discuss lyrics and melody lines with her rap, getting her a copy of the instrumental, then working out a plan to get her in a studio in LA to record, she sent me her acapella and I cut and placed her vocals accordingly then mastered and “Voila” an amazing track was born!”

Any plans to work together again?

The track comes out as Play Records celebrates an incredible 25th anniversary. Any plans to celebrate and what would you say has been the label’s biggest achievement has been over the 25 years

“I actually am in the process of shooting a PlayRecords Retrospective with some live DJ sets, special guest performer, and a wander through a lot different video footage over the years that must come out before the year is up as our anniversary is this year 2021. Our biggest achievement for sure was my discovery of deadmau5 back in 2005 and the fabulous music we made together! Being nominated for a Juno in 2008 for our track ‘Afterhours’ and my label mate Billy Newton Davis winning for his track with deadmau5, “All You Ever Want”.

And shooting a lot of new videos with Kyree Vibrant and green screen wunderkid Jason J Brown, really fun stuff. We continue to explore and collaborate with a lot of new and exciting talent, so stay tuned. Lots more music coming your way.”

We’re now coming out of lockdown hopefully, what are your plans for the rest of 2021?

“I have to finish the Play Records Anniversary Pandemic Party TV-style show. If we can travel, I need to get to California to shoot a video with Princess Superstar and write and record the new material we’re talking about. I have to get back to the UK to my studio to do some recordings and some writing camp, totally missing that. Exploring more Hard House music at 150 BPM with DJ Genderfluid and trying to organize A Play Party!” 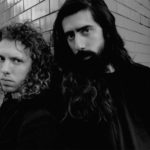 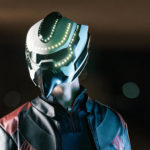