Founded in 2005 by songwriter/bassist Jamil Kassimali and songwriter/vocalist Shannon Martinez, and describing their sound as “as 80s girl pop like Bananarama and early Madonna, if that music were written and played by a punk band”, Velour Academy are set to release their new album, Chisme, on June 4, 2021.

Celebrating the shedding of feelings of depression and the negative attitudes so many of us have felt encumbered by over the last year, the album features brand new tracks such as “A Gentle Breeze,” “Metro,” and “Something About Your Eyes” alongside reworkings of songs like “Soda & Juice,” “Macrifoam,” and “Demons” based on their 2005 demos. To get a taste of what to expect from the album, check out our exclusive premiere of the track “Dsprnggirl” right here.

Explaining the origins of the song, Shannon Martinez told us: “This song called “dsprnggirl” means “disappearing girl.” My husband Jamil and I met in a Green Day chatroom on AOL when we were in high school. My AOL screen name was Dsprnggirl after the Green Day song called “Disappearing Boy.” My husband lived in Illinois and I lived in the desert in Arizona at the time. We would send each other letters and we would put cigarettes and gum inside the letters. He wrote the guitar part in this song back around the time we met. So then he and I started this band and this is like our little love story song. It is my favorite song in the whole world.”

To find out more about their love story, we spoke to the band recently.

You both met in a Green Day chat room, what drew you to each other and was Green Day a common musical love back then?

Jamil: “Green Day was definitely our favorite band at that time. They were also a gateway into more like, underground punk for us. As I think was the case for a lot of kids back then, we checked out their Lookout Records releases, then other Lookout bands, and then it all just went from there.”

Shannon: “When we met in the Green Day chat room, there was a group of regulars who would go into the chat room and when we liked each other we would start instant messaging outside the chat room. The two of us sent each other our pictures, which took forever to download on dial-up, and we were really attracted to each other’s looks and personalities. Jamil had kind of a snotty bad-boy personality and I had kind of a ditsy valley girl personality.”

Having developed your friendship through a long-distance relationship all those years ago, how have the last fifteen months been where you’ve been in lockdown 24/7?

Shannon: “We have really enjoyed being together in lockdown. We did not experience the friction that many people did when having to spend too much time together. We had a baby in early 2020 so for us it was the perfect time to be stuck at home snuggling together.”

Jamil: “We weren’t planning on going out to too many shows or restaurants or whatever in 2020 anyway due to the baby, so the lockdown aspect of the pandemic wasn’t as difficult for us as it was for a lot of people.”

On the record, you’ve written new songs but also reworked some of the older tracks? What was the thought process behind doing that?

Shannon: “We started writing songs together so long ago, but we feel like our music writing has improved over the years. While we were excited about our new songs, we felt like we had some really good material in our old recordings as well. We were bummed at the thought of never getting the older songs recorded, so we re-worked them to get them up-to-par with our newer stuff. We are so glad we were able to get the old songs into the new album because at this point they mean a lot to us.”

What was it like listening back to those original recordings?

Jamil: “There’s a super old version of “Soda & Juice” that we recorded in some Christian rock guy’s home studio years ago in Illinois. Very relieved that never saw the light of day.”

Going back to the way you originally met. Everyone has done cringy things on chatrooms like stupid profile photos and cringy usernames – what about you? Anything you want to tell us?

Shannon: “Luckily there is not much to tell in that regard.”

Jamil: “Yeah, fortunately, I think even our cringiest phases weren’t as bad as they could have been. Like we were just into punk, not like we were 2000s scene kids or something like that.”

Onto the future then, the album is out this week, what next for the band?

Jamil: “We’re looking forward to finally playing our first shows in a long time this Summer, and we’re planning on shooting several more music videos from this record, too.”

Shannon: “We already have some new songs started that we are hoping to record in the future, maybe for an EP.” 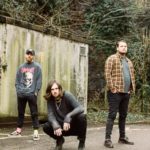 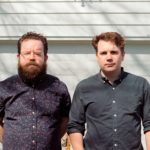 Who? What? When? Why? & Werewolves? Don’t Let Up on New Single “Quittin’” [Premiere]