The spirit of vintage indie rock is strong with this one… We’re talking about Slow Down Molasses, and their brand-new single “Street Haunting,” the band’s first new song in half a decade. Released in early April via Divine Schism, the song has all of those highly valued retro indie rock qualities, with a sound that will remind you of the heyday of American college rock of the early 1980s. If you listen attentively, it’s not hard to hear the early REM and Pixies influence on display here, along with the Gang of Four rhythms, and the resounding Sonic Youth-like bass lines and riffs.

When it comes to “Street Haunting’s” lyrics, lead singer Tyler McShane puts on display his elegant, poetic lyricism that are partially inspired by Virginia Woolf’s essay of the same name. The song is striking for its more mature, polished sound, as compared to the band’s previous release, their 2016 album 100% Sunshine. Grab a free high-quality MP3 download today!

“Sometimes it’s best to just write about what you know, and this is one of those,” said McShane about “Street Haunting.” “We live in a relatively isolated, small city, and it’s easy to overlook the beauty that exists in even our little out-of-the-way cities or overlook the brilliant folks living and working here. This is song is my own attempt at reminding myself to appreciate what we have and appreciate those moments of causal, calm brilliance of wandering alone, aimlessly through our streets. This is my attempt at capturing that.”

The city referenced by McShane is Saskatoon, Saskatchewan, where Slow Down Molasses is situated. They began as your every day, ordinary indie rock band, but through the years they have moulded their own distinctive sound, born out of line up changes and a lot of fine-tuning at countless live gigs. The touring that followed the release of 100% Sunshine really helped them in finding their groove within the realm of post-punk, guitar rock for the modern age. They’ve never been hesitant to try new sounds, creative freedom that began to form during the recording of 100% Sunshine. That musical style became even more refined thanks to the experience that came with playing like bands such as Deerhoof, Animal Collective, Swervedriver, and Built to Spill.

It’s been a long time coming but Slow Down Molasses are pleased to be back, sharper and more confident than ever before. 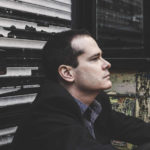 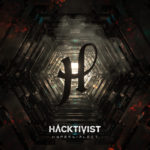