Slavvy, a new project from acclaimed producer and multi-instrumentalist Rostislav Vaynshtok, just unveiled the new track and music video, “Lavender.” The synthwave single which leans into darker R&B elements, is, according to a recent press release, “… the first of a string of thematic singles to be released over the Summer, in the lead up to his highly anticipated EP, Romantic.”

Adding context, Slavvy shares, “It’s a bad time soundtracked by regret and guilt, but neither of those things are going to trigger your better judgement. You’re just in this, and you accept it. The hook is the hook for a reason. That’s just how I am.

“Lavender is getting caught doing something you shouldn’t. You’re f*cked up, you’re cheating, you’re out behind your lover’s back, but something is going wrong. They know you’re stepping out, they catch you, they show up, the person you’re with is on some bullsh*t and you regret stepping out to begin with.” 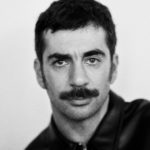 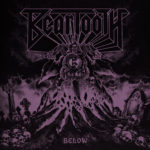