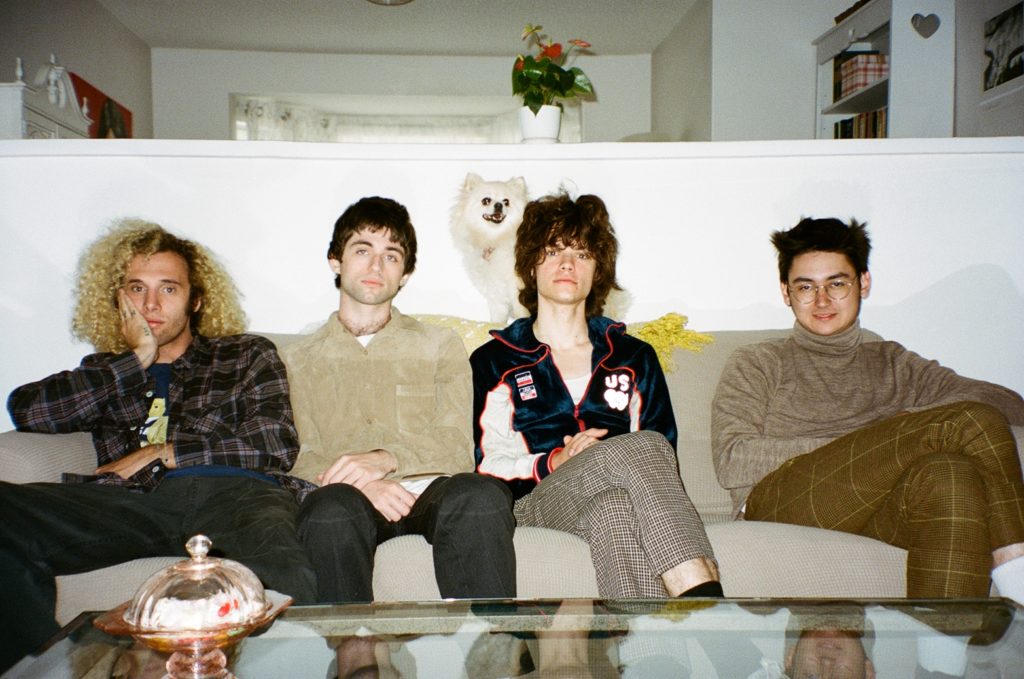 Abrasive and manic aren’t typically adjectives becoming of a musical act, but they are full-fledged compliments when directed towards Liily. Hailing from Los Angeles, the band has released their new single “I Am Who I Think You Think I Am” through Flush Records, along with its eccentric new video that really matches well with the unusual energy of the song.

The group’s sound is harsh, but that’s all by design. It’s a different type of intensity apart from your typical hard rock song, a characteristic of Liily as a band that sets them apart from other conventional rock acts. Produced by Joe Chicarelli and mixed by the brilliant Alan Moulder, “I Am Who I Think You Think I Am” matches the hardness and the energy of the quartet’s early live shows, which garnered them some early notoriety that resulted in performance slots at Lollapalooza and Bonnaroo.

Explaining what the song means to him, lead singer Dylan Nash said, “I Am Who I Think You Think I Am’ is my personification of the egregious nature of a hyper-accelerated culture and whatever is thrown into that machine no matter what the intention behind it is, it will only come out destructive.”

Joining Nash in Liily are Sam De La Torre, Charlie Anastasis, and Maxx Morando, all Los Angeles area musicians. The early success that came from their first singles provoked the band to gather them together and release them in the I Can Fool Anybody In This Town EP. Just about two years later, the guys are back, a little older, a little wiser, but still ready to galvanize your interest in some unconventional hard rock. Their intention has remained the same since they formed; to rock your ass off, but in the most distinctive, idiosyncratic way possible. You’ll find out more when the band releases new music soon.