From epic classical music to groundbreaking heavy metal albums, Brighton rocker Matt Finuacane’s record collection is as eclectic as the music on his new album, To The Outer Worlds, a recording he self-released earlier this year. Following the release of the new material, we got Matt to dig through his record collection to pick out the eight albums which had the biggest impact on his life.

“The effect this had on me was seismic, completely rearranged how I understood music. Still remember the first time – that incredible opening four-song run, the exhilaration of ‘Waiting For The Man,’ the hairs raising on the back of my neck at ‘Venus In Furs’ – and Nico’s weird, genderless drone. It sounds really alien, fresh and vital, even now.”

“My father, a pseud and a twat, tried to brainwash some culture into me when I was small by subjecting me to classical. This predictably put me off for years; I found a way back in with this glorious Star Wars nonsense. Parts of it are brilliant; parts are pure mozzarella, or sound like an insurance advert. But it’s undeniably a journey into space.”

“A cheat, as I only knew their work on anonymous hardcore compilations (by which time they’d already gone all Jazz Club and started using real instruments). A lot of drum & bass I liked could only be found on lo-fi, grotty cash-in records, very ephemeral. It’s a genre I was into for a brief period and rarely listen to anymore – but the influence, the atmosphere it created, abides.”

“An extreme example: was a time when I loved all the works of Tom Waits – now I can’t tolerate any of it… Too much schtick. The influence is there, an awareness of possibilities – the actual music: not so much.”

“On a positive note, I don’t listen to this one often because no need: every second’s engraved on my brain. Harsh noises! Manky beats! Snide vocals! Misanthropy as an energy.”

“Another realignment of mental furniture. Honestly, a lot of ambient’s pretty flimsy – eg. FSOL’s Lifeforms, which I loved at the time but sounds dated and vapid now (not all of it: Fripp & Eno’s ‘Swastika Girls’ made me throw up in a sink because it felt like that rippling metallic sound was stirring round in my guts. I… might have been stoned). But this has an authentic hard, grubby edge.”

“Used to think metal was grey testosterone sludge. Then I heard this, and it was the key that unlocked everything.”

“First album I owned. Still love it; Roland Gift’s so camp and creepy, with this macho introvert energy, while the music’s tight and reeks of the ’80s in a good way. I’m old and full of death now, but this lit a tiny pop candle that still flickers.” 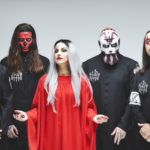 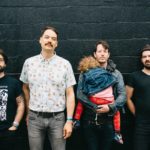