There are bands who claim to throw everything into their art, then there is Beartooth, a group who screamed their entrance right in your face with their angst-laced debut. A potent mix of nu-metal and metalcore, their debut contained banger after banger and, having gone from strength to strength since then, it should come as no surprise that 2021’s Below is one of the most-anticipated albums of the year.

The title track kicks off the album and, while frontman Caleb Shomo’s vocals are particularly nasty, the initial musical output is more restrained. However, as the band lurch into “Devastation” things take a more vicious turn. Matching Shomo’s cathartic howls, Beartooth careen through a cocktail of stomping metalcore and arena-sized melodies. Long-time fans of the band will be familiar with those huge, anthemic, polished melodies that have been a staple of their sound since their debut album, and Below has them by the bucket-load.

There are plenty of moments throughout the record where the band combines the two, with “The Past Is Dead” and “Fed Up” being two particularly solid examples of how Beartooth can sound so huge and so fucking cathartic at the same time. Plunging into vicious, mosh-filled breakdowns that are laced with Shomo’s throat-ripping roars, Beartooth manage to switch it up with those delicious arena rock traits that they pull off so effortlessly.

Laced with angst, tracks like “Hell of It” find Shomo putting in his most ferocious display to date but, even when he’s screaming about “waking up with my eyes sewn shut,” you know one of those huge melodies isn’t far away. To date, while never disappointing, most hardcore fans of the band will agree that Beartooth have never quite managed to recapture the unbridled rage of their attention-grabbing debut. However, throughout Below, there are so many moments of raw catharism that, by the time “The Last Riff” signals the end of this display, your bruised, battered body and, sore, bleeding throat will have felt every moment with them. 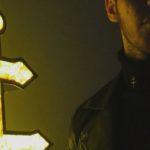 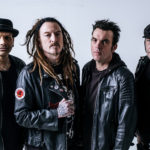