While we have all been spending too much unproductive time inside, Russian rockers 12 Limbs have been planning their hostile takeover. You could call it their COVID comeback, and it’s all getting started with their brand new music video for “Chongquing.”

The beautifully shot video was filmed in the UK towards the end of 2020, featuring some wondrous aerial shots that really capture the dreariness of the season. With its catchy hooks and indie melodies, the song brings to light a more sensitive side to 12 Limbs that is starting to become their trademark sound. The lyrics articulate the inherent lack of harmony within love and the complicated side of human emotion. It’s a little solemn, rather reflective, and very much in line with the band’s down-to-earth approach.

Here to tell us the story behind the song and the video is lead singer Ben who explained, “‘Chongquing’ is a track that we originally released during those long lonely lockdown days of last year, just as a way to keep everyone’s spirits up; we knew that the best way to get through the isolation was through music. Response to the track was phenomenal, audiences globally really seemed to be touched by ‘Chongquing’ in a way that we didn’t expect. So we decided to turn the spotlight onto this track and give it its due time as a proper single release.

The real story comes with the making of the video. I (Ben) managed to make my way from Moscow to the UK at the end of last December, so that we could shoot the video, then the big pre-Christmas lockdown hit and I found myself in chaos. Despite all the restrictions we managed to film the video in a single day, and still maintain creativity whilst social distancing. The real problems started when I tried to get back to Moscow. All flights to mainland Europe and Russia were suspended because of the virus. Thinking on my feet, I took a flight from London to Belfast and got to Dublin by taxi because all public transport was stopped on Christmas Eve. But when I arrived in Dublin I discovered that the airport doesn’t operate on 25th of December. Fate was at play. I gave in, and spent Christmas Day, alone, exploring the capital of Ireland, and what a fantastic city it is. It’s taught me that no one knows what tomorrow will bring, around every corner there’s another part of your life that you haven’t planned, it’ll be a surprise, an adventure and it’ll make-up that patchwork of your own individual tale.”

Ben continues, “It feels like a poignant message to put across as we release ‘Chongquing.’ The song is about parallel lives, one person wanting one thing, the other wanting something else – both being pulled in directions that they’re not sure about. Just like me on that isolated Christmas Day. We all need to learn to follow life’s path, there’s a direction for us, let life take its course.”

Featuring intelligent lyrics and inspiring, thought-provoking storytelling, this talented trio is raring to go as we approach what hopefully will be a more normal summer and fall. Each of 12 Limbs’ three members are individually very musically talented, combining together to become a force to be reckoned with. As highly accomplished instrumentalists, they often switch instruments throughout a live show, which presents a certain dynamic and unpredictability that other bands just can’t deliver. Right now, they are working hard to deliver their debut album in 2022, and then hit the live circuit where they should have no trouble standing out from the pack. 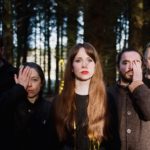 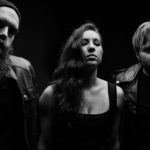