Here in the UK, restrictions and plans are changing on a seemingly daily basis, so we thought it would be useful to round-up all the latest tour news and festival updates in one handy place. Keep checking back as we’ll be updating this on a regular basis until shows start returning in the, hopefully, not to distant future.

What: ArcTanGent Festival
Where: Fernhill Farm, Somerset
When: August 17-20, 2022

Latest Update: Set for August 19-21, at Fernhill Park in Somerset, organisers issued a statement announcing that their 2021 weekend, set to feature the likes of Opeth, Cult of Luna, Tesseract, Oathbreaker, and Rolo Tomassi, was being pushed back to August 17-20, 2022. In a stinging attack felt by the entire festival industry, organisers said “Although they’ve provided a similar scheme for film & TV, the Government have completely let the live music industry down by refusing to back a simple insurance policy.”

Bands already confirmed for the 2022 festival include Opeth, The Locust, Cult Of Luna, A.A. Williams, Svalbard, MONO and more with all tickets purchased for the 2021 festival remaining valid for 2022.

Latest Update: Ska-punk legends Less Than Jake will be returning to the UK for an extensive UK tour in March and April 2022. Joining the band on tour will be Skinny Lister, The Toasters, and Millie Manders and The Shut Up. The tour kicks off on March 29, 2022 at the Dublin Voodoo Lounge before winding up on April 9, 2022 at London Kentish Town Forum.

Latest Update: In support of his new album Intruder, electronic-rock legend Gary Numan has announced a full UK and European tour for April and May 2022. The tour is set to kick off in Cardiff on April 28th. Of the tour, Gary Numan said: “To say I’ve missed touring would be a colossal understatement. It’s the life I chose when I was a teenager so not being able to tour the world has been very difficult. But now things are changing once again and the next UK tour has been announced and I am as excited as I was when all this started for me a lifetime ago. More so in fact. I can’t wait to walk out onto a stage again, to hear the roar of the crowd, the ear-shattering volume of the music, to be bathed in light and soak up that emotion. It’s what I’m here for.”

News of the tour follows the recent announcement of the global streaming live event Intruder: The Worldwide Concert Premiere, which will be hosted by the leading on-demand live performance platform Stabal on June 17th. The show will see Gary Numan and his band perform several songs from Intruder for the first time as well as a selection of songs from his impressive career. Get tickets from here.

Latest Update: Following the news that Norwegian symphonic black metal heavyweights Dimmu Borgir had pulled out of their Special Guest slot at this year’s event, the Bloodstock team confirmed that the UK’s very own Cradle of Filth would be taking their place. Also added to the line-up for this year’s event, set to take place in August, included Onslaught, Beholder, Ward XVI, Raised By Owls, and Anakim. 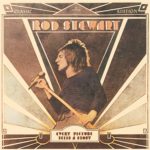 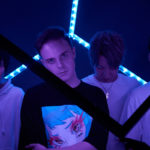 Clarity Dive Into Their ‘In The Light of Lies Pt. 2’ EP with a Track-By-Track Rundown